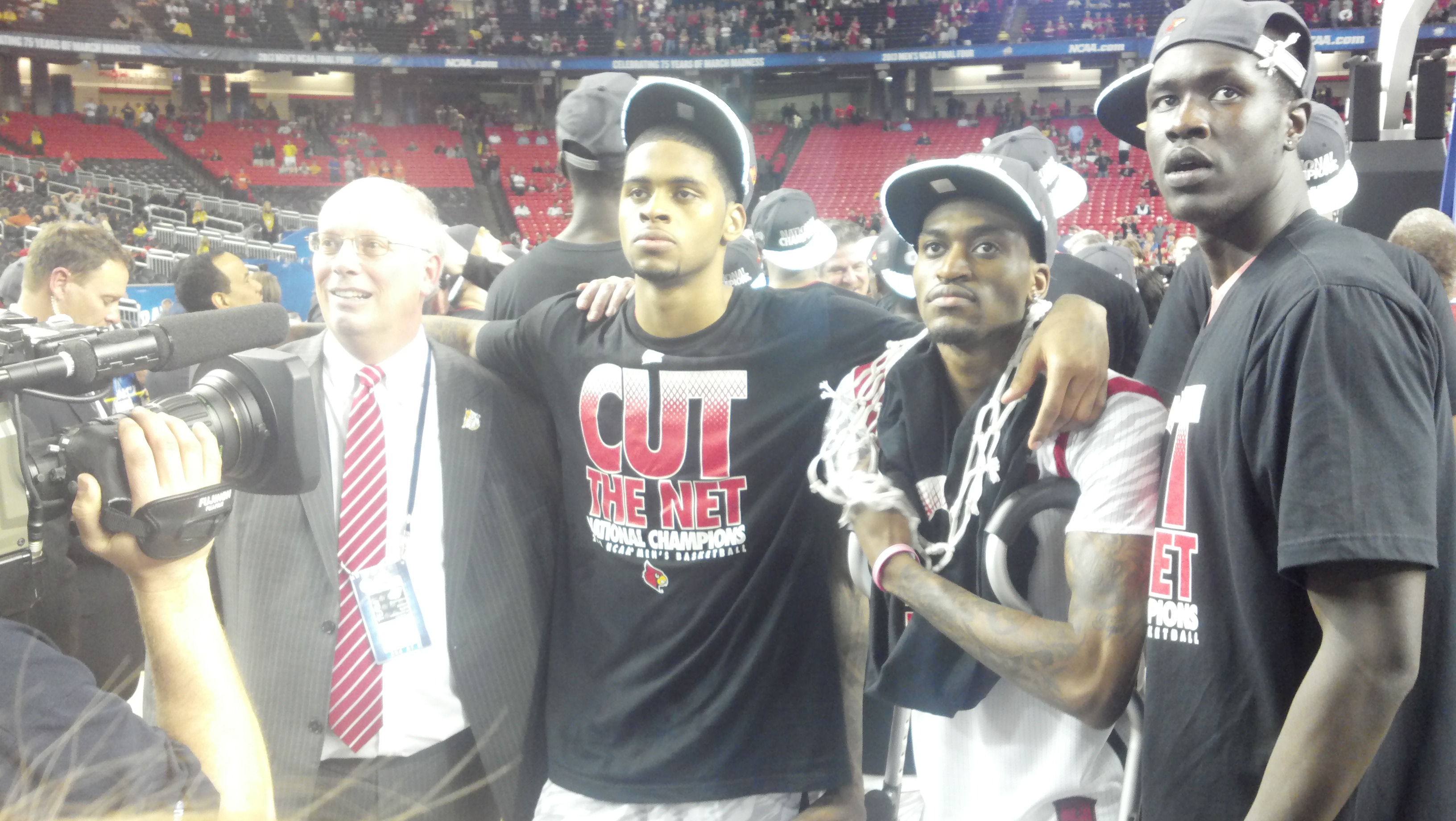 ATLANTA — This was just before “One Shining Moment” and Kevin Ware was walking across the confetti-strewn floor at the Georgia Dome on crutches. Soon the Bronx native was with his teammates again as they climbed up on a ladder to cut down the net in the wake of Louisville’s 82-76 victory over Michigan in the national championship game. Ever since suffering that gruesome leg injury in the Midwest Region final win over Duke, Ware has been pleading and prodding with his teammates to “just win.” And so it was fitting that he, too, was able to cut the net after the ladder was lowered to accommodate the man on crutches. “I really was thankful for that,” Ware said on the court. “It mean everything, honestly. Not being able to play but still being able to cut down the nets, that was big.” Not that his teammates needed much more motivation in the national championship game, but Ware provided still more of an emotional lift with his presence on the bench. “Kevin Ware would do anything to be back out there,” Louisville sophomore forward Chane Behanan said after going for 15 points and 13 boards.. “We just all locked in for him. Kevin was a big part of this team so to see him go down was just devastating. It was a big motivator for us.” Louisville coach Rick Pitino has said he’s not sure his team could’ve beaten Duke had it not been for Ware pleading with the Cardinals to “just win” even as his tibia was sticking out of his skin. “I’m not sure we could’ve got past a great team like Duke if he hadn’t gathered us all together,” Pitino said. Ware said he feels a bond with his teammates that pushed him to say that against Duke and then to jump up on to the elevated stage to preach defense when Louisville trailed Wichita State by double-figures in the second half of the national semifinals. “It’s an unbreakable bond, honestly,” Ware said. “It’s more than us just being on the court and just basketball. We’re off the court, we’re the same guys. We’re really close. We do just about everything together.” Including cutting down the net in the wake of a national championship.

Will the State of Kentucky Win 3 in a Row?