WASHINGTON, D.C. — Jim Boeheim and Rick Pitino began this season jokingly saying each other was full of it. The old colleagues jabbed and joked about the future of the doomed Big East Conference and Syracuse’s impending departure to the ACC. Later, Louisville announced it, too, was headed to the ACC in 2014, thereby proving Boeheim’s initial point: that Pitino would move to greener pastures if he could. Louisville and Syracuse were picked 1-2 in the Big East preseason poll and then ended up battling it out for the Big East Championship at Madison Square Garden — where the Cardinals stormed back from a 13-point halftime deficit to smack the Orange by 17 for their second straight tournament crown. Now here we are on the brink of April, and Syracuse and Louisville are the last two Big East teams standings — and they could be headed for a collision course in the national championship game April 8 in Atlanta. Louisville will face Wichita State in the first national semifinal on Saturday in Atlanta, while Syracuse meets Michigan in the second game. “I think that’s always a great coaching clinic when you can watch Coach Pitino and Coach Boeheim go against one another,” Marquette coach Buzz Williams said after Syracuse used the 2-3 zone to stifle the Golden Eagles, 55-39, in the East Region final at the Verizon Center. Asked who he liked to win it all, Williams added: “I hope Syracuse wins the national championship. We will miss not having them in our league. I’m definitely rooting for them.” 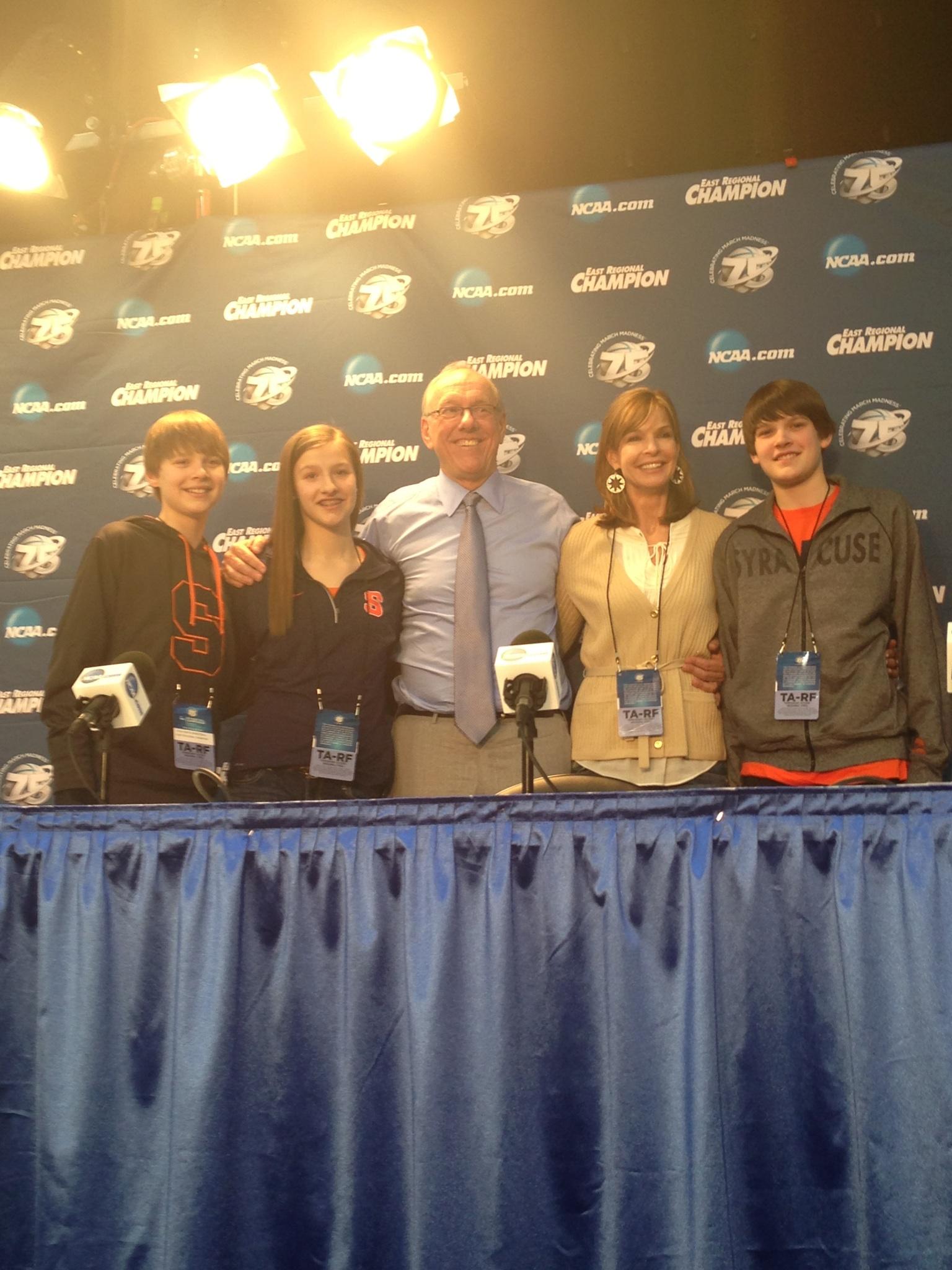 After Boeheim and Syracuse advanced to their fifth Final Four and first since Carmelo Anthony and Company won it all in 2003, Pitino and the Cards knocked out Duke, 85-63, in the Midwest Region final on Sunday in an emotional game that saw sophomore Kevin Ware go down with a gruesome leg injury. Syracuse lost the 1987 national championship game to Bob Knight and Indiana, and then lost the 1996 title game to Pitino and a Kentucky team loaded with NBA prospects at the Meadowlands. Now back in another Final Four, Boeheim insists he doesn’t want another ending like those two. “I hate losing,” he said. “I’ve lost two final games and it’s not good. It’s not a good feeling.” “I don’t think coach is going to be relaxed until we win the championship,” Queens native James Southerland said after the win. Boeheim has been through a lot in the past few years, what with the Bernie Fine scandal, the seemingly endless reports of an ongoing NCAA investigation into his program, the wrenching move to the ACC from the only conference he’s ever known. Yet three weeks to the day after getting smacked here by Georgetown by 22 points, Boeheim stepped up on a ladder and cut down the Hoyas’ nets upon winning the East Regional. Boeheim reminded the Syracuse fans of that day when he addressed them after the game. “I’m sure some of you were here three weeks ago today when it didn’t turn out so good,” Boeheim said. After losing four of five entering the Garden, Syracuse built momentum after falling behind double-digits to Seton Hall in the first round of the Big East Tournament. They went on to beat Pittsburgh and Georgetown, avenging the 22-point loss to the Hoyas six days before. Asked if he could imagine he’d be cutting down Georgetown’s nets three weeks ago when they were embarrassed on national TV, Syracuse guard Brandon Triche told SNY.tv: “Not cutting down the Georgetown nets, but cutting down somebody nets. We figured we could do it. We knew that once we got it going that we had a great chance of winning these games. We used defense to fuel our offense and as you see, defense wins games.” The Orange will play the Michigan-Florida winner in the Final Four next Saturday in Atlanta. Then it could be Louisville in an all-Big East final at the Georgia Dome. “We’re a totally different team now,” Triche said. “We got it going in the Big East Tournament but I think we’re ready for anybody, man. They’re going to have to get ready for our defense. We don’t have to worry about theirs.” He added: “We’re looking to do it, man. We’re looking to win the whole thing.” And to do so, Boeheim and the Orange  could have to go through Pitino and Louisville one last time as members of the Big East.