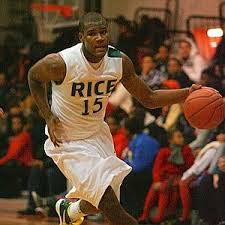 PHILADELPHIA — It has been two years since the doors closed for good at storied Rice High School in Harlem. The Catholic school that produced Kemba Walker, Andre Barrett, Felipe Lopez and Kenny Satterfield shut down in 2011 for financial reasons, but several Rice players hope to represent the school in this NCAA Tournament. “It’s really weird being that the school is closed and no more players can come out of there, but it’s great to be one of the last guys to do it,” Cincinnati sophomore forward Jermaine Sanders told SNY.tv in advance of today’s second-round game with Creighton here. In addition to Sanders, Rice is repped by Miami’s Durand Scott, Kansas State’s Shane Southwell and VCU’s Melvin Johnson, who finished up his career at St. Benedict’s Prep last year after Rice closed. “I talked to Melvin a couple days ago, just saying, ‘We gotta do what we gotta do to keep the Rice traditon going,'” Sanders said. Rice closed just weeks after Walker led UConn to the Big East and NCAA Tournaments during a magical run in 2011. Two years later, that run still inspires Sanders and his former Rice teammates. “That was great, watching that and just seeing that he was a part of the Rice tradition,” he said, “and what he did was unbelievable.”