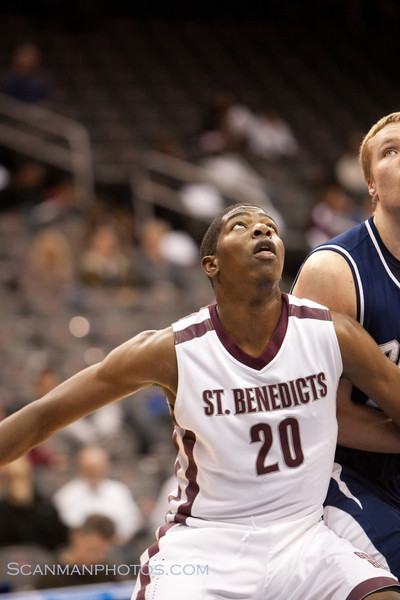 St. Benedict’s Prep power forward Denzell Taylor is headed to Old Dominion. The 6-foot-7, 215-foot power forward picked ODU on Tuesday over Long Island University. St. Bonaventure, Siena and St. Joe’s were previously involved. “I definitely liked the team [and] the team chemistry,” Taylor told SNY.tv by phone. “They made me feel like a family when I was down there last weekend [on a visit].” “He chose Old Dominion because he felt comfortable,” CIA Bounce coach Tony McIntyre told SNY.tv. “There’s a need for him and he brings a proven, tough solid forward with the ability to rebound and defensively help the squad. “He is the glue that makes teams win and is a proven winner.” He played on the Team Canada and CIA Bounce teams this summer that featured Syracuse-bound point guard Tyler Ennis, Florida State-bound shooting guard Xavier Rathan-Mayes and uncommitted small forward Andrew Wiggins. Those teams reached the finals of the Nike Global Challenge and the Peach Jam. “I definitely think I’ll be a big defensive player for them,” Taylor said of ODU. “I will get rebounds and do all the little things and just be a big force for them down low.” “He is a warrior,” St. Ben’s coach Mark Taylor previously told SNY.tv. “He is the guy who you win with. Even in our pickup games here, whichever team Denzell plays with, they find a way to win. “He does a lot of things that go unnoticed that help you win. He has a constant motor, gets loose balls, blocks shots, sets screens, makes putbacks. “He doesn’t require the basketball, which is a rare breed. He doesn’t pout, he just keeps going whether he touches the ball or not. In today’s game, that is a rare breed.”

Kamall Richards Heading to the A-10

Indiana Duo Must Sit 9 Games Each