Clyde: Pressure Is On The Nets to Match Expectations | Zagsblog
Follow @adamzagoria

Clyde: Pressure Is On The Nets to Match Expectations 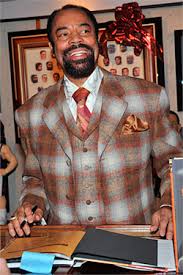 UNIONDALE, N.Y. — With all the hype and hoopla surrounding the Brooklyn Nets, their array of stars and their new arena, Knicks legend Walt “Clyde” Frazier says the pressure is on Brooklyn to live up to the expectations. “The Net fans now think they’re on par with the Knicks,” Frazier, who broadcasts Knicks games for MSG, told SNY.tv before the Knicks beat the Nets, 97-95, Wednesday night at the Nassau Coliseum. “The pressure’s on them now, the expectations of living up to that, which is why New York is so difficult to play. There’s always those expectations.” Frazier helped lead the Knicks to two NBA championships in the early 1970s, but by next spring it will have been 40 years since the Knicks last won a title. Entering the season opener between the Knicks and the Nets Thursday at the Barclays Center, both teams want to believe they have a shot at challenging for an Atlantic Division title and an NBA crown. But in New York, performance doesn’t always match up to expectations. Just ask the Yankees and their fans. “You can never rest on your laurels,” Frazier said. “People are always thinking you should be better than you are. When you’re in New York, they think they deserve winning teams, so you gotta produce. The pressures’s always there.” Still, as he looked out at the Nets before the game, Frazier said they were possibly the deepest team in the East. With a backcourt of Deron Williams and Joe Johnson, they may well have the best guard tandem in the East. “When I look at the team I’m impressed,” Frazier said. “When I look on paper, man, this is a deep team. You got some bona fide players that can play the game. There are at least eight good players on the team.” The Knicks, meantime, may be as deep as the Nets when everybody’s healthy. But right now they are looking at playing possibly the first month or so of the season without Amar’e Stoudemire, who has consulted the Phoenix Suns for a second opinion on his injured knee and could be out a month or more. Their injured list also currently includes Marcus Camby (calf), Tyson Chandler (knee), James White (foot) and Iman Shumpert (knee), who is not expected back until December or January. So depleted is the front line, that Rasheed Wallace may be pressed into service earlier than expected. Still, Frazier says that everywhere he goes in the Big Apple, he hears hype about the Nets, about the Barclays Center and about the burgeoning “rivalry” between the two teams, something that never really existed when the Nets played in the swamps of Jersey. “Competition is always good,” Frazier said. “Competition heightens everybody, makes everybody more prosperous so that’s good.” Photo: New York Magazine

Colbert to Take Official to Villanova