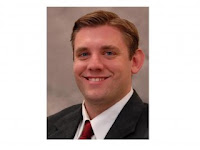 One of the elite prep programs in the nation is undergoing a coaching change. Former associate head coach Todd Simon will take over at Henderson (Nev.) Findlay Prep for Michael Peck, who is the new head coach of the Idaho Stampede, the D-League affiliate of the Portland Trail Blazers. “It is with tremendous honor and humility that I have accepted the position as Head Coach of Findlay Prep,” Simon Tweeted. “In being with the Findlay program since the inception, only my family has meant as much to me. I look forward to continuing the tradition. Best of luck to my closest friend and mentor Coach Michael Peck who has accepted a position with the Portland Trailblazers / Idaho Stampede.” Findlay went 32-1 last season and won the ESPN National High School Invitational.  In the past five years, Findlay is 157-8 overall, including 65-0 at home with three NHSI championships. The current roster includes Washington-bound guard Nigel Williams-Goss, UCLA-bound combo guard Al Freeman and Indiana commit Stanford Robinson. The news was announced on the Stampede’s Website. “This is a great opportunity with a wonderful organization,” Peck said. “I’m looking forward to the opportunity ahead of me.” Peck has coached six McDonald’s All-Americans, six Parade All-Americans, six Jordan Brand All-Americans and six NBA players, including Tristan Thompson (Cleveland), Avery Bradley (Boston), Cory Joseph (San Antonio), DeAndre Liggins (Orlando), Joel Anthony (Miami) and Louis Amundson (Indiana). “Michael Peck will be a great fit for the Stampede and the Trail Blazers,” said Trail Blazers Assistant General Manager Bill Branch. “He brings a work ethic and experience that will benefit the Stampede and the continued development of our players.”