Murray Sitting Pretty Thanks to Incompetence of U.S. Open Officials 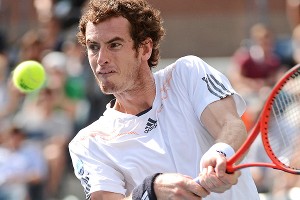