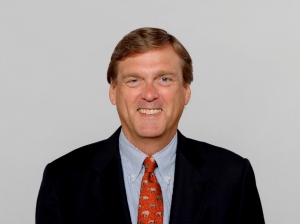 BY MATT SUGAM Special to ZAGSBLOG NEWPORT, R.I. – With the summer lull for college athletics coming to an end and the fall season lurking around the corner, the Big East is still without a new commissioner. But according to the conference’s interim commissioner, Joe Bailey, that will change by the end of August. That’s when Bailey expects the executive search committee to select the new commissioner from amongst the five finalists — whom Bailey wouldn’t divulge — who were dwindled down from over 200 candidates. “The executive search committee is doing a whale of a job,” Bailey said. “They’ve got a really strong slate of five candidates all of whom have the ability to be an effective leader for this conference.” And what makes an effective leader? “Someone that not only shares the vision of the conference in the future but also has the ability to communicate that internally to all the various stakeholders within the 21 institutions,” Bailey said. “All the athletic directors, all the players, all the participants, etc., but also has the ability to communicate that vision externally as well. Someone that cannot only hire and retain the fine people of the fine conference office today, but somebody who can inspire them for the future. Someone that thinks of the role as a privilege to serve and not necessarily a right, but a privilege to serve. And finally, that they’re trustworthy. ” They also have to be privy to the television market in college athletics. The conference’s current contract expires this fall. And with the Big East on shaky ground after the seismic shifts in conference realignment, how lucrative the deal can be remains unclear. However, Bailey said it’s not paramount for the new commissioner to have expertise in television deals. “The person will be part of that,” Bailey said of the new commissioner’s role in the television contract. “To the degree of their depth in that, in one sense it’s important, in another sense that’s what you hire functional experts to do.” An undisclosed media firm will be working with the Big East in the fall. One of the big pitches the Big East will make is that by having football teams that span across the country, they’ll have games airing from noon into the late night. And of course, how good of a conference they believe they are. Even if analysts say otherwise. “I will say with absolute certainty that the Big East will remain one of the most competitive conferences in the country,” senior associate commissioner Nick Carparelli Jr. said. “ And by any objective criteria you choose, the Big East has been, is today, and will continue to be, one of the top conferences in the nation.” Photo: Getty Images Follow Matt Sugam on Twitter Follow Adam Zagoria on Twitter And like ZAGS on Facebook