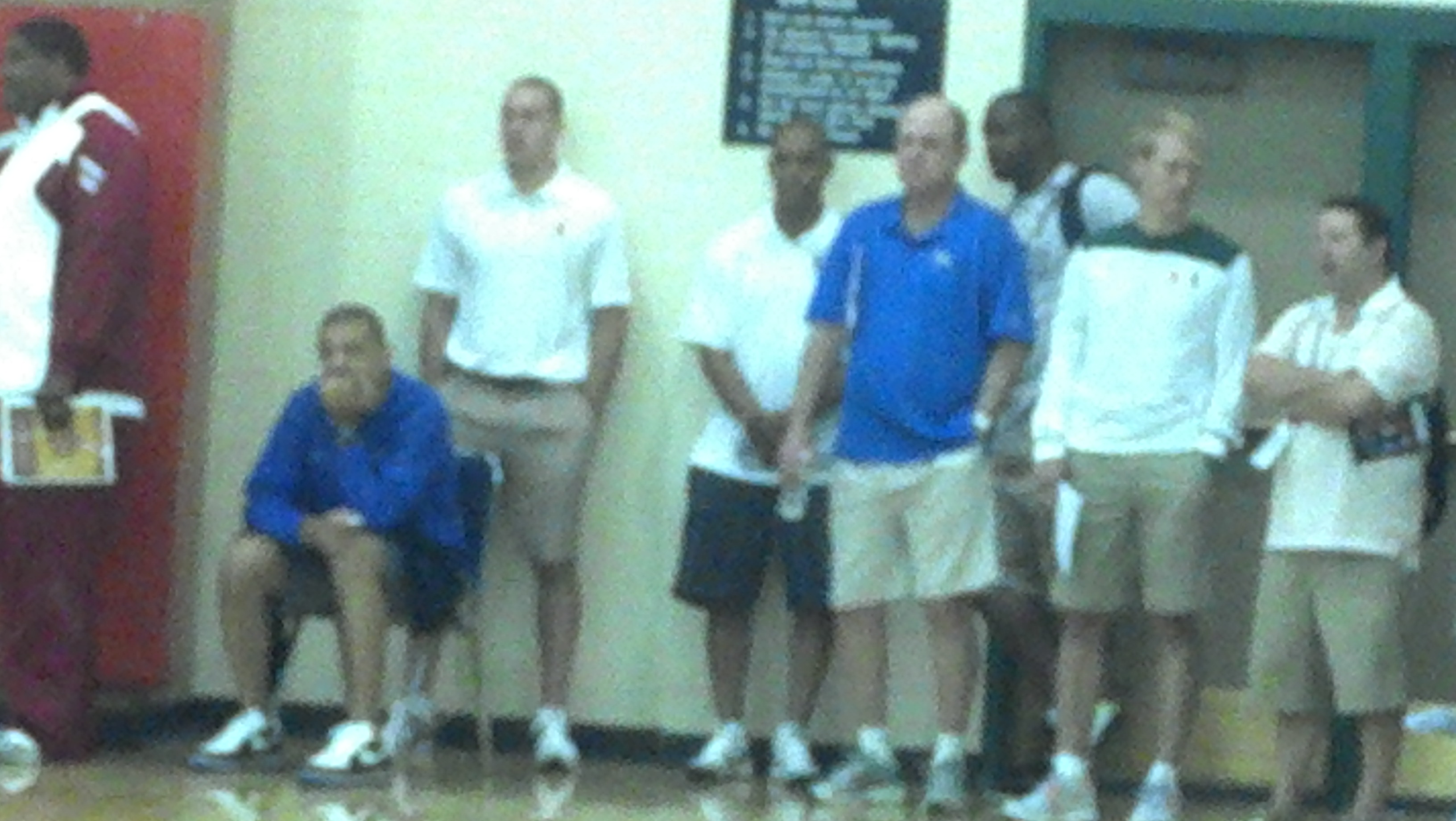 NORTH AUGUSTA, S.C. — Because Syracuse head coach Jim Boeheim and associate head coach Mike Hopkins are busy this summer coaching Team USA, Syracuse has a new face on the recruiting trail. When it comes to watching top prospects like 2014 forward Chris McCullough of Team Scan here at the Peach Jam, it’s now up to assistants Adrian “Red” Autry and Gerry McNamara, as well as graduate assistant Nick Resavy (second from left in picture near UCLA head coach Ben Howland). “Jim Boeheim and Mike Hopkins are the face of Syracuse and rightfully so,” McNamara told SNY.tv after all he, Autry and Resavy watched the talented McCullough, who lists Syracuse along with Florida, Kansas, UConn, St. John’s, Villanova and others. Both McNamara, the former Orange star who replaced Bernie Fine last season, and Resavy, a native of West Milford, N.J., and former Syracuse walk-on, are learning on the job. “Coach Autry has more experience in this than I do,” McNamara said. “So I’m just doing the best I can. I’ve learned over the last year, now this year, how it’s done and where to be and how to be here. So hopefully this experience for Nick as well will give him some time to reflect on what it’s all about.” Resavy went to Syracuse after playing for West Milford coach John Finke, and soon made a name for himself by making a trick shot video that blew up on YouTube. “Nick is a shining star and we are extremely proud of him,” Finke said. “He is a celebrity in his hometown. All the kids from 8-17 want to be Nick Resavy. He’s a caring person who has always treated my family like his own.” Now, because Boeheim and Hopkins are with LeBron, Kobe and Durant, Resavy is learning on the job during July from two former Syracuse guards. “I appreciate the opportunity granted to me by our coaching staff,” said Resavy, who graduated from Syracuse with a degree in sports management and is headed back to grad school. “The chance to learn from Red and G-Mac  and work with them on a daily basis is invaluable and second to none.”