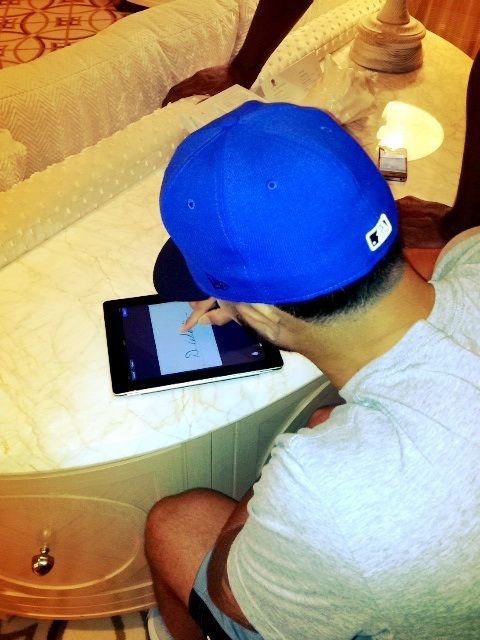 As the NBA’s free agency moratorium came to an end on Wednesday morning at 12:01 a.m., teams across the league began moving to cement the deals they had worked out in principle beginning July 1. The Brooklyn Nets were no different as they re-signed players and executed sign-and-trade deals, all of which led to Russian billionaire owner Mikhail Prokhorov spending over $300 million for salaries to improve his team. The team announced early on Wednesday that Deron Williams had re-signed to stay in Brooklyn as the face of the franchise. While the team does not release contract terms, the deal is reportedly five years for $98.7 million. “Officially a Brooklyn Net!” Williams tweeted just after midnight on Wednesday morning. “Signed my contract on an iPad. Just thank God for this wonderful Opportunity. #HelloBrooklyn.” Later Wednesday morning, the team announced it had re-signed Gerald Wallace, reportedly for four years and approximately $40 million. Wallace came to the then-New Jersey Nets in a trade from the Portland Trail Blazers for Mehmet Okur, Shawne Williams and a 2012 top 3-protected first round pick. That trade was highly-criticized given the uncertainty of Wallace’s future, but with this new contract, Nets General Manager Billy King can justify that trade. “Re-signing Gerald was a top priority this offseason, and we are very pleased that he will continue to be a Net,” King said. “He is a proven veteran who is a leader both on and off the court, and his style of play is critical to the team’s success.” The day contined with the sign-and-trade deal for six-time All Star guard Joe Johnson in exchange for Jordan Farmar, Anthony Morrow, DeShawn Stevenson, Jordan Williams,  Johan Petro, Houston’s 2013 first round pick and the Nets’ second round draft pick in 2017. The Reggie Evans sign-and-trade for a 2016 second round pick and the Mirza Teletovic signing, reportedly for the three-year, $9.7 million taxpayer mid-level exception, were sandwiched around the big news of the afternoon as Brook Lopez re-upped for a reported four years and $60.8 million. The Lopez deal came quickly after the Dwight Howard saga all but came to an end as far as the Nets are concerned as they suspended trade talks for the Orlando Magic’s disgruntled center. Under the collective bargaining agreement, Lopez cannot be traded until Jan. 15. He was to be the centerpiece of any trade for Howard. “Brook Lopez is one of the top young centers in the NBA,” King said. . “We have witnessed his growth as a player over the past four years, and are very pleased that he will remain in a Nets uniform as we begin our new era in Brooklyn.” Also on Wednesday, ESPN.com reported the Nets had reached a verbal commitment with free agent shooting guard Jerry Stackhouse for one year at $1.3 million. In 30 games with the Atlanta Hawks last season, Stackhouse averaged 3.6 points per game. At 37 years old, the former University of North Carolina star is averaging 17.4 points, 3.4 assists and 3.3 rebounds per game. Follow Josh Newman on Twitter And like ZAGS on Facebook

After 'Humbling & Humiliating' Few Months, Caracter Hoping to Make it Back to the NBA