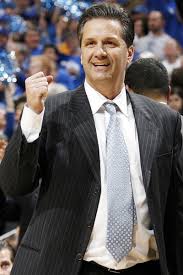 Via ESPN.com Men’s college basketball coaches make slightly less on average than their football brethren, with an average salary of $1.4 million among coaches at public universities who made the NCAA tournament. Kentucky’s John Calipari led the list at $5 million, followed by Louisville’s Rick Pitino at $3.9 million, Duke’s Mike Krzyzewski at $4.7 million, Florida’s Billy Donovan at $3.6 million and Kansas’ Bill Self at $3.4 million. Those numbers, however, don’t always show the whole picture. For example, a Duke University federal tax return filed for 2010-11 shows Krzyzewski made $8.9 million when bonuses, incentives, retirement/deferred compensation and non-taxable benefits are included. Women’s college basketball coaches have also seen salaries rise in recent years, with the top five all receiving more than $1 million per year. Prior to retiring, Pat Summitt led the list at $2 million. UConn’s Geno Auriemma becomes the highest-paid women’s college basketball coach at $1.6 million. Baylor’s Kim Mulkey, Rutgers’ C. Vivian Stringer and Texas’ Gail Goestenkors (who has since resigned) follow at $1.1 million each.

Pollard, Obekpa Still on Board as Late Signing Ends