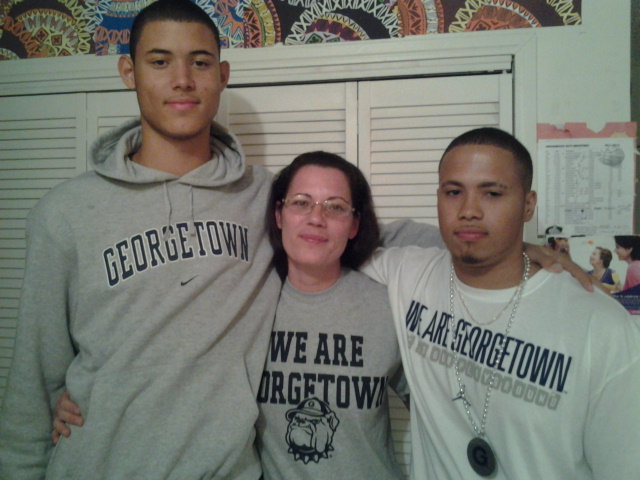 Bradley “B.J.” Hayes, a 6-foot-11, 245-pound center from Jacksonville Sandalwood, has signed a Letter of Intent with Georgetown, he told SNY.tv Wednesday. “Yes,” he said by text. “I signed with Georgetown [Tuesday] night and I’m really excited about attending one of the best universities in the nation and they have a great basketball program. “I really connected with Coach [John] Thompson [III] and the entire staff. My teammates made me feel that I was really a part of the Hoya family. And the real work starts now.” Hayes visited the Big East school over the weekend and took a tour of the Verizon Center during the Rangers-Capitals series. He chose Georgetown over offers from UConn and Texas A&M and interest from Florida and others. “B.J. and his family met with and talked to several of the top coaches in the country,” Todd Washington, founder of the Puerto Rico Playmakers and a family friend, told SNY.tv. “They took their time and made sure they considered all their options. I’m proud of how they handled this process and most importantly, B.J., was the one who decided where he wanted to go to college. “As a 6-11, 17-year old, B.J.’s best days both on the court and in the classroom are in front of him and Georgetown has an incredible track record of turning boys into men. He is a wonderful young man and Georgetown is lucky to have him.” Hayes is a raw big man with a high ceiling and a good late addition for Georgetown, which missed out on Nerlens Noel when he chose Kentucky over Syracuse and the Hoyas. He joins Oak Hill shooting guard D’Vauntes Smith-Rivera and Virginia power forward Brandon Bolden in Georgetown’s 2012 class. “I plan on bringing a great work ethic and I plan on being one of the hardest workers there,” Hayes said. “I’m not just making myself better but my teammates as well and doing whatever it takes to make them successful.”