NBA Scout: Nova’s Cheek, Wayns Should Not Come Out 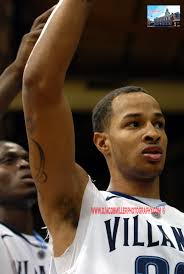 NEW ORLEANS — Villanova juniors Dominic Cheek and Maalik Wayns should not come out for the NBA Draft, one veteran NBA scout told SNY.tv. “What’s going through his head?” the scout asked of Cheek, who sources confirmed to SNY.tv is considering coming out this year. “I mean, it’s crazy. What has he done that makes him think he can go into the draft? “It doesn’t make any sense. He was higher-rated coming out of high school than he is now.” Cheek, a 6-foot-6 wing who played for Bob Hurley at St. Anthony, averaged 12.5 points in 30 minutes per game, both second-best on a team that finished 13-19 and missed the NCAA Tournament for the first time since 2004. He shot 39 percent from the floor and 32 percent from deep. Tyshawn Taylor, Cheek’s former high school teammate on the 2008 St. Anthony team that went undefeated and won a mythical national title, told SNY.tv he wishes Cheek “the best of luck.” “Coming from where we come from and being in the system that we was in in high school, that’s our dream and that’s what we all talked about. That’s what we all wanted to do,” Taylor, Kansas’ senior point guard, said at the Final Four. “He’s in a position where he could go, so I think it’s a good idea if he thinks it’s best for him and his family.” While Taylor is rated the No. 31 prospect by DraftExpress.com, Cheek is not rated at all. Wayns, who is ranked No. 91 by Draft Express, has said he will hire an agent and come out, but the veteran scout thinks that’s not a wise move. “I think it’s a mistake,” he said. “Maalik is a physically gifted talented scorer but I think he should go back to school.”

Whoever Drafts After Anthony Davis Will be Disappointed