How Rick Pitino Launched the Legend of Billy the Kid 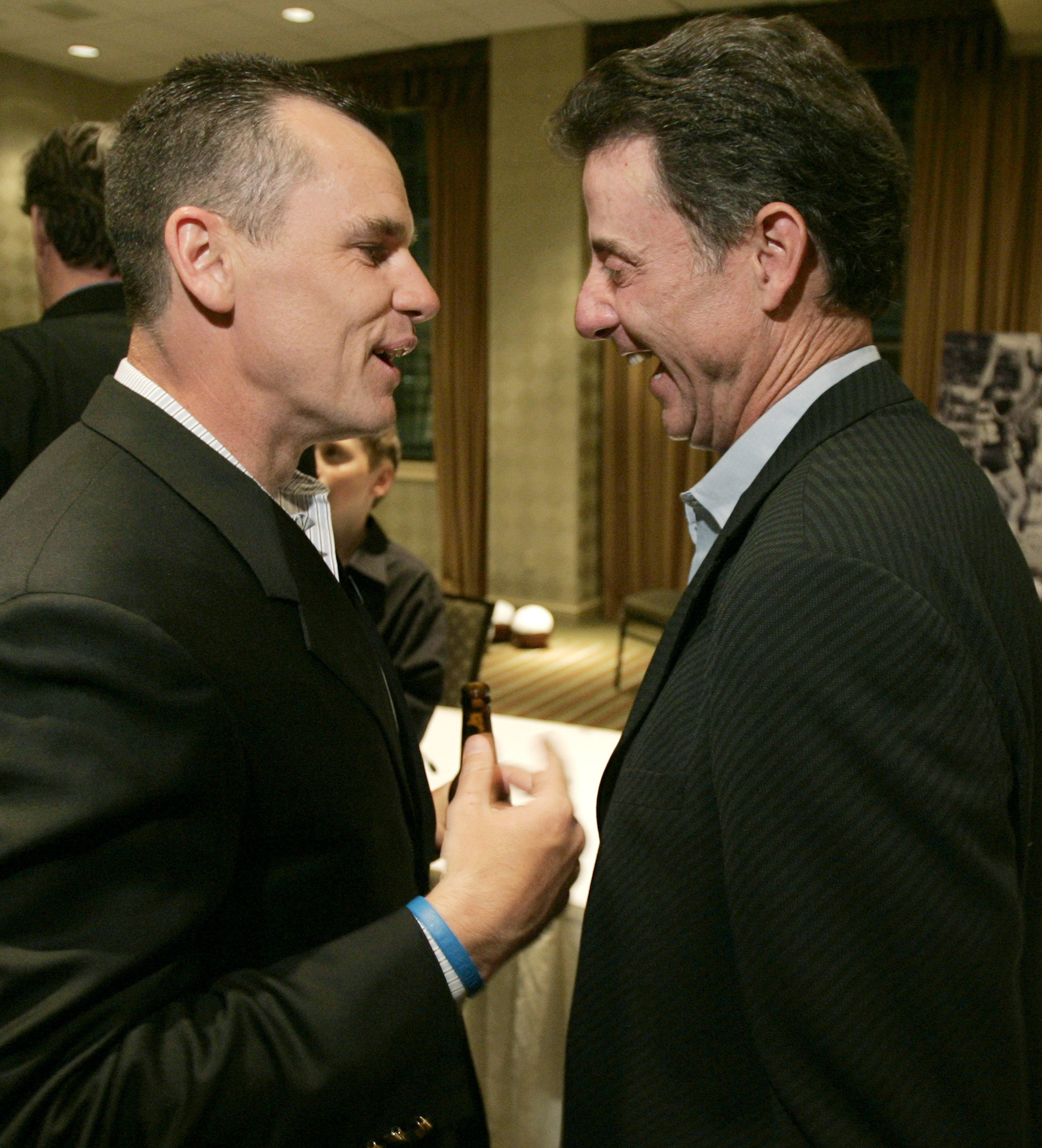 By MICHAEL SINGER Special to ZAGSBLOG PHOENIX — Rick Pitino launched the legend of “Billy the Kid” with a lie. In the mid-1980s, Donovan was a pudgy, unimpressive point guard struggling to crack coach Pitino’s rotation at Providence when he  contemplated transferring. Pitino was more than happy to oblige Donovan’s transfer request, considering Donovan averaged just 2.5 points in his first two seasons with the Friars. Pitino called Jim Calhoun at Northeastern and Terry O’ Connor at Fairfield and found that neither were interested in the 190-pound reserve. “He’s too slow,” one said. “We have plenty of guards,” the other said. “They’re both very interested in you,” Pitino told Donovan. “He was such a nice young man, I couldn’t hurt his feelings,” Pitino recalled as his Louisville team was about to face Donovan’s Florida squad in an Elite Eight matchup here Saturday. “When you’re young, you have a tendency to look at a change being better and maybe you don’t look at yourself in terms of what you’ve got to do to get better,” Donovan said. Donovan himself had made some phonecalls to gauge the interest of other coaches, but no one bit. “I didn’t have very many feelers so he’s probably not too far off base,” Donovan said. When reality hit, Pitino told Donovan to cut 30 pounds to better fit Providence’s uptempo style. A leaner, more fit Donovan returned, eager to alter his coach’s perception. “I’ve never in my life seen anyone work as hard to improve as him, in 35 years,” Pitino said. “He didn’t promise me anything,” Donovan recalled. “Said that if I listened to him, it would be the greatest two years of my life.” For media day that year, Donovan reluctantly appeared on the cover of the Friars’ program. “We put him in a little cowboy hat, spurs, and boots,” Pitino quipped. “That was the first caption of ‘Billy the Kid, the fastest gun in the Big East.”’ Recalled Donovan: “I did not want to do that. I think it was a way for him to probably boost my self-esteem, my confidence. And that media guide, I hope that’s no longer able to be found.” On the eve of the Louisville-Florida game, current Louisville point guard Peyton Siva admitted he would’ve donned a costume like Donavan did. “I’ll do whatever Coach P wants me to do,” Siva said. “If he asked me go put a tutu on in front of ESPN, I’d go do that.” Over his final two years at Providence, Donovan averaged 17.5 points and led the Friars to the Final Four in 1987. It wasn’t as smooth a transition as the numbers suggest. Coach Pitino called Donovan the “best impersonator of the sieve,” when he was running Providence’s full court press. Donovan had a short stay in the NBA with Pitino’s Knicks but ultimately felt he was best suited as a coach. “Billy never said anything as a player,” Pitino said. “He did what he was told and never said a word. The last person I ever thought would go into coaching would be Billy the Kid.” Now two decades later, Donovan has twice as many NCAA titles (2) as Pitino (1). ON Saturday afternoon, Donovan will face the man he says was the most influential in his life. And Pitino will face his formerly overweight point guard, Billy the Kid. Photo: AP Follow Michael Singer on Twitter