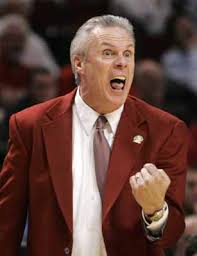 BOSTON — Jim Boeheim was in a combative mood from the get-go in his press conference here Friday. First, the Syracuse coach was asked if he ever has to get his players to “buy into” the zone defense and whether any player since Derrick Coleman had suggested he move to a man defense. “First of all, they buy into it because they want to play,” Boeheim cracked. Then he went off about how no analysts (read Dick Vitale and Doug Gottlieb, among others) ever criticize Duke for staying in a man defense. “I never hear anybody yelling at Mike Krzyzewski to go back and play zone,” Boeheim said. “Why is that? He’s such a good coach, you don’t question him? Is that what that is? Really? Somebody shook their head down here. Okay, that means I’m not a good coach, so you can question me. “It’s all bullshit.” Boeheim then added that the zone can protect players in foul trouble, whereas the man can’t. Wisconsin big man Jared Berggen picked up his second foul with 12:03 left in the first half of Syracuse’s 64-63 win Thursday and coach Bo Ryan put him on the bench. “There’s other reasons, too, that zone is good,” Boeheim said. “A guy gets two fouls in the first half, I don’t take him out. We can protect him. “So I keep my best offensive player in the game the whole half.”