Magic Says Melo Better Get On Board With Linsanity

Magic Johnson has a four-word message for Carmelo Anthony and Amar’e Stoudemire once they return to Linsanity. “Jump on his back.” “Those guys both better  realize — Stoudemire and Anthony — that it’s a new sheriff in town and just jump on [Jeremy Lin’s] back and get along on the ride because the guy has taken them all on a ride that is great for the city and it would be great for their games if they buy into it,” Johnson, the No. 4 all-time assists leader in NBA history, said Sunday night on SportsCenter. Yes, but will Melo buy into it? That is the ultimate question facing the Knicks once he returns from a groin injury — potentially this week. He is already taking heat from fans who view him as an offense-stalling, ball-stopper.

Someone named “@tomtomphilly Tweeted, “Wonder if@carmeloanthony knows or cares how terrified #Knicks fans are about his return.” And Melo took the time to respond. “I didn’t realize that. Thanx4update,” he Tweeted. Lin is averaging 26.8 points and 8.0 assists during the Knicks five-game win streak that launched Linsanity Feb. 4 against the Nets. They are 4-0 with Lin starting and without Stoudemire and Anthony. Stoudemire is expected to return to practice Monday after a week away while grieving the loss of his brother Hazell, who was killed last week in a car accident. Stoudemire should benefit more from playing with Lin because of the pick-and-roll opportunities that he creates in Mike D’Antoni’s system. 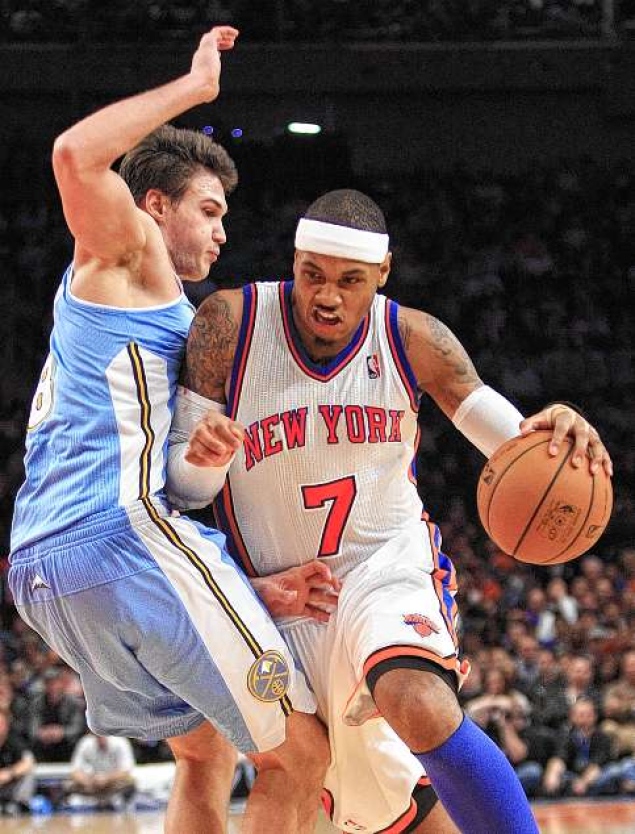 So the heat is on Melo, and Magic says Anthony needs to jump on Lin’s back. “What the fans should look for is this, his production should go down — Jeremy Lin — because you got two scorers coming back and what’s going to make both of them effective is the play of Jeremy Lin in terms of  the  pick and roll,” Johnson said. “And what teams are going to start probably doing..is double-team him. Now he becomes the passer, so look for him to become the facilitator for real now with both of those guys coming back. “I don’t think he’s going to average 26 points anymore with Stoudemire and Anthony back but the assists should go up and they’re going to be more dominant with those two guys coming back if both guys buy into the team concept and the fact that now they got a real point guard who can distribute the basketball.” In other words…Jump on his back.

Poll: Who is More On Fire Right Now, Jeremy Lin or Adele?