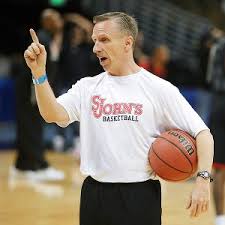 NEW YORK — When St. John’s meets Arizona Thursday in the 2K Sports Classic at Madison Square Garden, one man will have a unique perspective on the East-West matchup. St. John’s assistant Mike Dunlap once served as the associate head coach at Arizona — and in fact turned down the interim head coaching job there when it was offered to him. “My experience there from the periphery, it appeared difficult, but I focused on helping that organization then and the report card at the end was surprisingly good,” Dunlap said Wednesday. “We surprised the fan base and we surprised the administration. So I left on great terms and so it always resonated that when I see people from Arizona they are very kind.” Dunlap helped the Wildcats reach the Sweet 16 of the NCAA Tournament during the 2008-09 season, in one of the most bizarre coaching tenures in recent memory. After legendary Arizona coach Lute Olson retired in October 2008, the school offered Dunlap the job on an interim basis. Known as a master strategist and tactician, Dunlap won two national titles at Division II Metro State in Denver and also served two years as an assistant under Denver Nuggets coach George Karl. But because Dunlap didn’t feel that the commitment was serious enough, he turned it down. The school then turned to Russ Pennell, a former Arizona State radio commentator, who took the job. 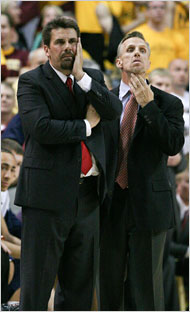 Dunlap stayed on as associate head coach and was frequently seen advising Pennell on the sidelines, even apparently calling substitutions on his own. An awkward situation for sure, but the team thrived and reached the Sweet 16 before eventually losing to Louisville. “It helped that the team did as well as it did because, of the teams that ended up matriculating to the 16, we were the surprise team,” Dunlap said. “The only regret I had was that I was away from my family for nine months. That was uncomfortable every day because I am tight with the family . . . and I didn’t enjoy that.” A year later, Dunlap moved on to become the associate head coach at Oregon, while Arizona hired Sean Miller. 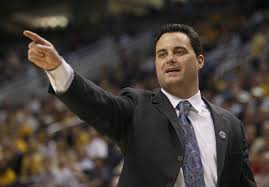 Miller went about reviving Arizona’s tradition and after a 16-15 campaign in his first season, took the Wildcats to the Elite 8 last season where they lost to Kemba Walker and UConn. Dunlap joined Lavin’s staff before the 2010-11 season, and helped the Johnnies make the Big Dance for the first time since 2002. “I don’t think Coach Lavin could have done better in selecting Mike Dunlap as an assistant coach,” Olson said when Dunlap was hired. “He is one of the outstanding minds in the game. His strengths are in organization and on-the-floor coaching, and he is a great addition to the staff at St. John’s.” When Lavin was sidelined at the start of this season after undergoing prostate cancer surgery Oct. 6, Dunlap took over the team and coached during its two exhibitions and season-opening win against William & Mary. “I’m a little bit hardened to it in terms of knowing what coach would want,” Dunlap said last month, referring to the Arizona situation. “Day by day, obviously Mike is the head honcho as far as the older guy,” St. John’s assistant Rico Hines said then. 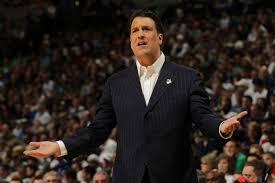 Lavin returned to practice Nov. 8, and a day later it was Dunlap who helped prod Lavin to return to the sideline. “It feels right, come on back,” Dunlap texted Lavin, who was at his home in Manhattan’s SoHo the afternoon of the game. After trailing by 14 points in the second half, St. John’s churned out a 78-73 victory over Lehigh in this event.