Brey Fires Back at Boeheim; Can Imagine Irish in ACC 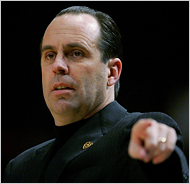 NEW ROCHELLE, N.Y. — If it seems like a week doesn’t pass without one high-profile Division 1 coach taking a shot at another school or coach, that’s because it’s been going on for some time now.

Speaking in an exclusive interview Friday with SNY.tv, Brey said he did not appreciate Boeheim blaming Notre Dame for the breakup of the Big East and the defection of Syracuse and Pittsburgh to the ACC. 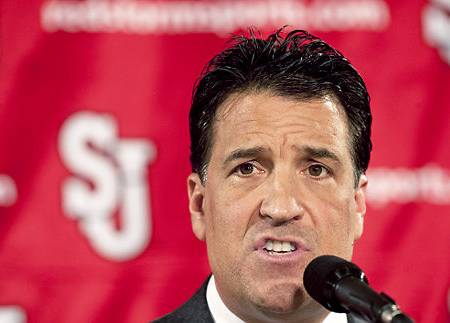 According to Lavin’s physicians, the surgery went as planned. There were no complications and Lavin is expected to return to his full-time coaching responsibilities with the Red Storm after a recovery period.

As first reported by SNY.tv last month, Cincinnati freshman Shaquille Thomas has had his initial eligibility waiver approved by the NCAA and has been granted a full financial scholarship.

Thomas will be cleared for practice activities at the conclusion of the fall quarter in mid-December.

The 2011-12 academic year will be considered a redshirt season for Thomas, who will have four years of eligibility to play for the Bearcats starting in the fall of the 2012-13 school year.

“We are very happy that Shaq has been cleared to attend the University of Cincinnati,” Bearcats coach Mick Cronin said. With the Panthers headed to the ACC sometime in the near future, Dixon says he has no plans to alter his recruiting philosophy.

“I don’t think it will change too much for us,” Dixon told SNY.tv during an exclusive interview Thursday at Hudson Catholic High School. “I still think we’re going to recruit in those areas. I mean, there’s a reason why we recruit and where we recruit and we’ve never focused on one area. We’ve always tried to have certain areas that we knew really well.” 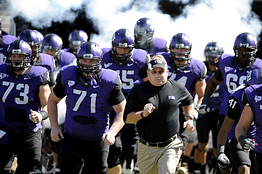 Texas Christian University appears on the brink of leaving the Big East before it ever actually arrived.

The Big 12’s presidents and chancellors voted unanimously to authorize negotiations with the Horned Frogs, who are the defending Rose Bowl champions in football.

TCU was planning to leave the Mountain West for the Big East next year, but now it appears that won’t happen.

For the time being, the Big East will remain at 16 basketball and eight football teams, although Syracuse and Pittsburgh have committed to joining the ACC.

TCU Chancellor Victor Boschini Jr. suggested a move to the Big 12 might be a better decision for his school, a former member of the old Southwest Conference that once included current Big 12 members Texas, Texas Tech and Baylor. It also included Texas A&M, which is leaving the Big 12 for the SEC next year.

“These discussions with the Big 12 have huge implications for TCU,” Boschini said. “It will allow us to return to old rivalries, something our fans and others have been advocating for years. As always, we must consider what’s best for TCU and our student-athletes in this ever-changing landscape of collegiate athletics. We look forward to continuing these discussions with the Big 12.”

“I’m not reclassifying and I will be cutting my [college] list before the season starts,” Noel told SNY.tv Thursday by text.

“Tilton School has a written procedure and process for students and families who may wish to seek a reclassification of grade,” Clements told SNY.tv.

“Nerlens and his family are considering whether they wish to initiate that process, and to my knowledge as of today there’s no decision been made.”