By ALEX KLINE After losing a starting lineup full of stars, Brewster Academy in New Hampshire has officially reloaded. T.J. Warren, a 6-foot-7 2012 small forward, decided Wednesday to attend the institution in Wolfeboro over Oak Hill Academy, while Aaron Thomas will join him. “It’s official, I’m going to Brewster Academy for my senior season,” Warren, who had been at Raleigh (N.C.) Word of God, said by phone. “The education at Brewster is great. I’ve been talking to [Memphis player and former Brewster player] Will Barton and he’s been giving me good advice about it. The tradition of the basketball program is great. It’s just a good fit for me.” The No. 14 small forward in the Class of 2012 per Rivals, Warren will team up with returning stars Mitch McGary, one of the top five players in the class of 2012, and Deonte Burton, one of the top 50 players in the class of 2013. After Brewster head coach Jason Smith got the good news about his new star wing, he released even betters news about yet another addition. 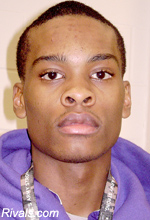 Thomas, the No. 13 shooting guard in the Class of 2011 from Cincinnati (Ohio) Withrow, decided to take a postgrad year at Brewster. The major surprise in this is that Thomas signed with Florida State for 2011. “I’m going to prep school because my family and I believe I need to get my grades up and mature before I go off to college,” he stated. “My coach knows Coach Smith and I know some of their players so that’s how we connected.” As for whether or not he will remain a Seminole, Thomas is committed… for now. “Right now, I’m still with Florida State,” he said by phone Wednesday night. “I don’t know what’s going to happen in the future though.” RECRUITING RUNDOWN **UConn hosted Mass Rivals/New Hampton duo Noah Vonleh and Zach Auguste for an unofficial visit on Tuesday, according to their coach, Pete Hutchins. Vonleh, a 6-7 2014 forward who just transferred to New Hampton, has offers from Providence, Boston College, Pittsburgh, Syracuse and Kansas. “Noah Vonleh, I think he’s got as good a chance as anybody,” Vin Pastore, who coaches both players, told the Hartford Courant. “He has a 7-4 wingspan and he can play all positions on the floor. Time [to develop] is the thing for him right now.” Auguste, a 6-9 2012 power forward, has offers from Rice, Notre Dame, Wake Forest, Washington State, Oregon State, Penn State, DePaul, UMass, Providence, Virginia Tech, Boston College and Virginia. “Obviously in New England, we’re all Connecticut fans,” Pastore told the Courant. “I don’t know there there’s more of a buzz, to be honest with you, I think being a New Englander, if you love college basketball, you love UConn, you always have, and you love the players. I’ve seen 50 games in this gym [Gampel]. For kids their age, there’s maybe more of a buzz for them.” **After taking unofficial visits to North Carolina, Virginia and Northern Illinois recently, R.J. Curington took an unofficial visit to Northwestern on Wednesday. A 6-foot-5 combo guard from Oak Hill/CIA Bounce also plans to visit Indiana sometime in August. **After taking an unofficial visit to Monmouth last week, Vincent Robinson brought his two postgrads, Patrick Cole and Jhamir White, of The Robinson School, to Quinnipiac for an unofficial visit. If Cole receives an offer for 2011, he could go as a late-qualifier to a school. **Gabe York, a 2012 shooting guard from Lutheran/Compton Magic, is currently visiting Arizona. He has recently tripped to Washington, Marquette and Notre Dame. Arizona may be the final visit for the California native, who is slated to decide very soon. **New Penn State head coach Pat Chambers picked up his first commitment on Wednesday afternoon. 2012 wing Akosa Maduegbunam of Winchendon/Expressions Elite pledged to the former Boston University head coach. **2015 forward Horace Spencer, arguably the most hyped rising freshman in the nation, has decided to enroll at William Tennent (PA) for his freshman year. **Mount Vernon coach Bob Cimmino is taking three players on an unofficial to Hofstra today (Thursday): 2012 guards Isaiah Cousins and Randy Stephens and 2013 point guard Josh Doughty. “Isaiah is blowing up,” Cimmino said. “He’s playing out of his mind. He’s fun to watch.” The 6-4 Cousins holds offers from Hofstra, Iona, Manhattan and Stony Brook, Cimmino said. Stephens is a 6-4 left-hander who is “getting a taste of the college visits,” Cimmino said.