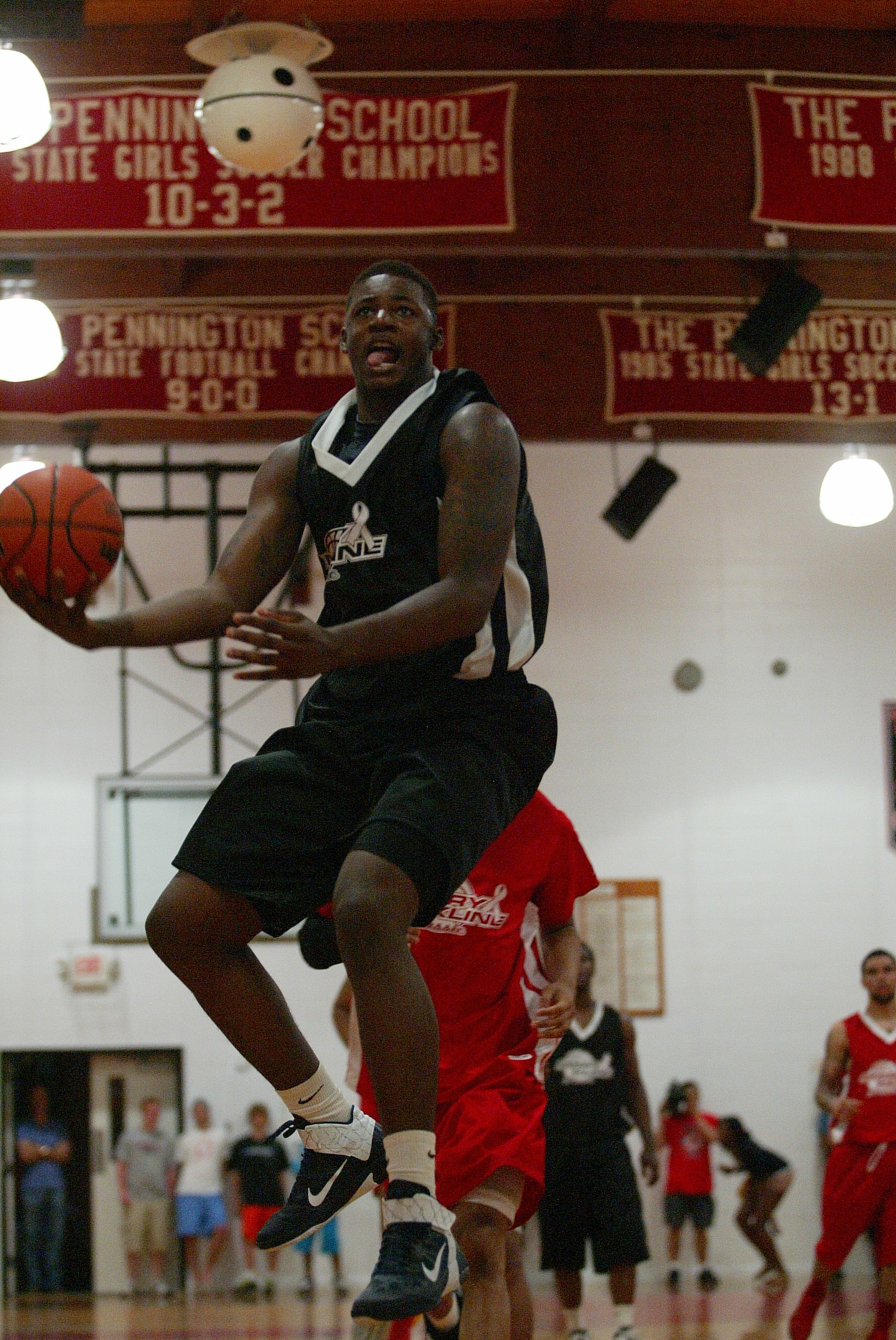 By RYAN FELDMAN TheHoopsReport.com PENNINGTON, N.J. — Some of the top high school basketball players in the country helped raise $7,000 for cancer research Saturday night at the first ever Mary Kline Classic. The event, which took place at the Pennington School, was organized by Alex Kline, who runs TheRecruitScoop.com and serves as a ZAGSBLOG contributor. The money that was raised will be donated to the American Cancer Association and National Brain Tumor Society. “The event went better than expected,” Kline said. “At first, I was a little nervous that some players wouldn’t show up, but I was pleasantly surprised and happy. I can’t describe how I feel right now. It all went so amazing. I’m so thankful.” The night started with a 3-point contest, which was won by Isaiah Williams. The Marshall recruit edged out Lafayette-bound Chandler Fraser-Pauls by making his final four 3-point attempts in the championship. 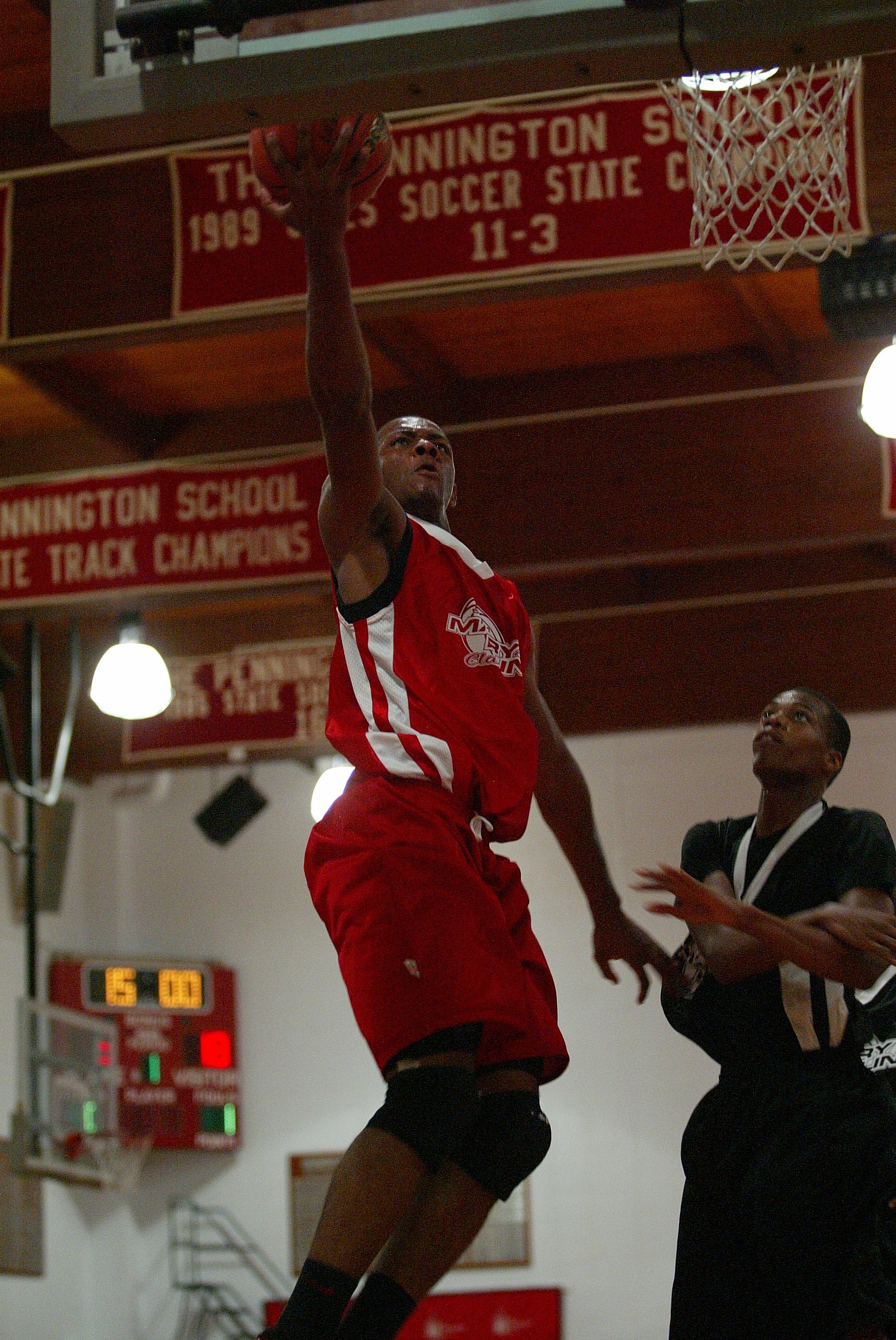 Jabril Trawick, a 6-5 Georgetown signee, showed off his tremendous athleticism by throwing down consecutive 360 dunks to defeat Louisville-bound Angel Nunez in the championship of the slam dunk contest. Earlier in the contest, Trawick threw down a between-the-legs dunk, which Nunez topped with a between-the-legs dunk off the bounce from the opposite side of the rim. Trawick (17 points, eight rebounds) and La Salle recruit Jerrell Wright (14 points, nine rebounds) won co-MVPs of the all-star game. Trawick is a very athletic guard who had an efficient performance, also adding three assists and a block. Wright is a skilled big man with terrific size and strength. Although he is headed to La Salle, Wright has the ability to play in the Big East or ACC. Pittsburgh recruit Khem Birch, a McDonald’s All-American had 12 points and 13 rebounds. Fellow Pitt recruit John Johnson added 10 points. “I did this for Alex and mom, so I’m glad that I’m here,” Birch said. “I wanted to come out and support him and help him.” Nunez contributed 11 points and five rebounds. Clemson recruit Devin Coleman scored 15 points. Williams finished with 10 points and four assists. “It was a great event, especially because of how much it meant to him personally,” said Coleman, whose team won the game 110-87. “For it to turn out how it did, for them to raise $7,000, it was great. Not to mention, the competition was awesome as well.” N.C. State recruit Tyler Harris, the brother of Tobias Harris, had an impressive showing with a game-high 22 points and six rebounds. Harris, who has a similar skill set to his brother, showed an ability to handle the ball and shoot from the outside like a guard but also play tough inside. “I can’t thank them enough,” Kline said about so many nationally-ranked players participating in his event. “These are guys that are going to be in college playing at the next level in the next couple weeks, and they’re putting their body on the line for me. That shows so much character on their part. I can’t thank them enough.” Kline created the even to honor his late mother, who passed away from cancer. Kline hopes to build off the success of the Mary Kline Classic and take it to the next level next year. “I think next year we can take it to the next level,” Kline said. “We can really do big things with this event.” (Photos courtesy Stephen Goldsmith)

Harris Chooses Agent, Will Work Out for Knicks

Calipari Could Have Recruiting Edge With Dominicans