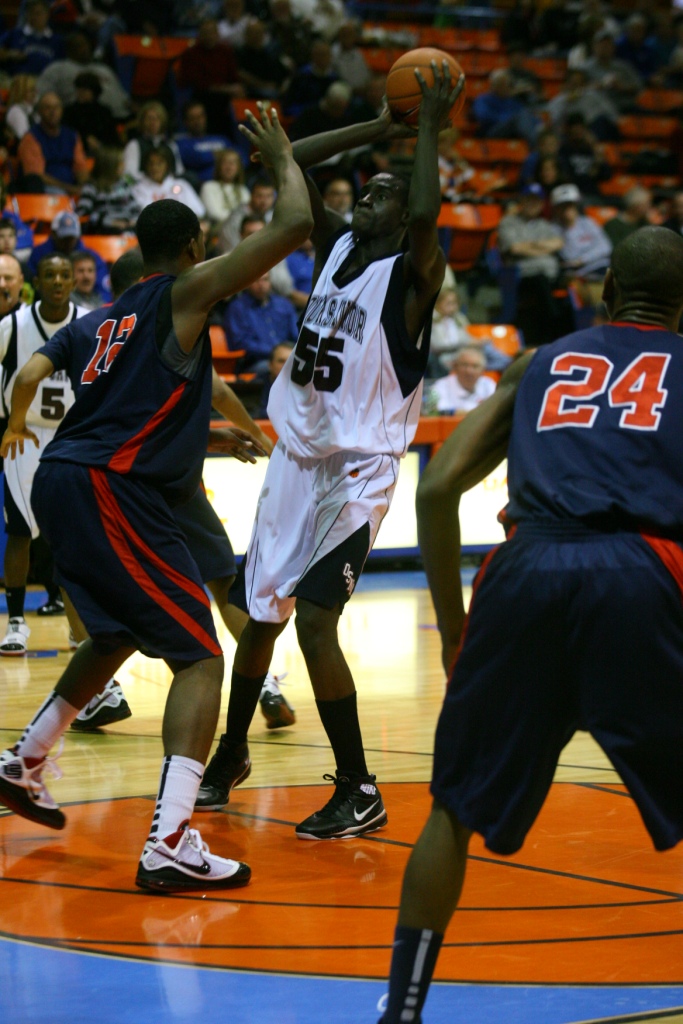 Just when you thought St. John’s had wrapped up its 2011 recruiting class with God’s Gift, the Johnnies have offered 6-foot-9 forward Daouda Soumaoro of Our Savior New American. “Yes, St. John’s offered a scholarship,” the 6-foot-9, 218-pound Soumaoro said Saturday by text after his official visit to the campus. “I like a lot of things about St. John’s. Great coaches and good education.” Soumaoro is also considering Iona and Texas Tech, and said he may trip to those schools next week. A teammate of 2012 St. John’s commit Jevon Thomas, Soumaoro is considered somewhat raw offensively but has drawn interest because of his upside. “He’s a long, shot-blocking big man who can run the floor,” one Division 1 assistant coach said. “He has a raw offensive skill-set but is capable of stepping out and shooting to 17 feet.” St. John’s currently has nine commits for 2011, including the 6-8 God’s Gift Achiuwa, who signed this week. If they were to add Soumaoro, that would give them 10 new players, plus returning players Dwayne Polee and Malik Stith. St. John’s is also involved with 2012 point guard Kyle Anderson of St. Anthony and forward Ricardo Gathers of Louisiana, who will visit May 12. The 6-8 Anderson is listing St. John’s, Seton Hall, UCLA, Arizona, Xavier, Georgetown and Florida, but has yet to officially cut his list. “Seton Hall does the best job at recruiting me,” Anderson told Dave Telep of ESPN.com. “It’s short phone calls and [timely] when they come see me. Them and Georgetown do a great job. I speak to Coach [John] Thompson for three minutes and that’s it. Little things like that make it better.” He said the local schools have the edge because they are closer to his home in Fairview, N.J. As for Soumaoro, he plans to decide relatively soon. “I will decide after next week,” he said. RELATED CONTENT **God’s Gift to St. John’s **St. John’s recruit guarantees 2012 Final Four