Can You Name This Man?; Knicks’ Health Updates 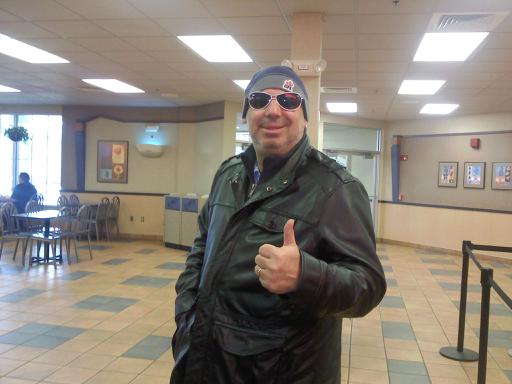 Can you name this man? A. Elvis B. J.D. Salinger C. David Crosby D. New York Post Knicks beat writer Marc Berman TOP FIVE THINGS WE LEARNED IN BOSTON **In Boston, they cross in front of subway trains on the Green line if the trains are level with the ground. Crazy stuff. The Mongolian BBQ at Fire & Ice is pretty good, too. **If you are New York City TV sports anchor and you find yourself cheering and high-fiving in the press box every time Carmelo hits a 3…it’s time to buy a ticket and sit in the stands. Not with the press. **If you are Melo and you see Jared Jeffries wide open under the basket, don’t assume he’ll convert the layup. **If you are Landry Fields it might be time to focus more on scoring and less on your diary contributions to the New York tabloids. **The Knicks still have not won a playoff game since April 29, 2001. KNICKS’ HEALTH UPDATES An MRI on Chauncey Billups’ left knee confirmed a strained tendon. He is listed as questionable for Friday. An MRI on Amar’e Stoudemire’s back confirmed a pulled muscle. He is listed as day-to-day. **