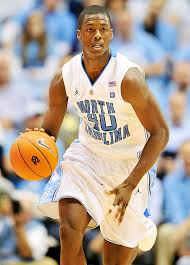 HOUSTON — Harrison Barnes’s high school coach says he’s uncertain if Barnes will return to North Carolina for his sophomore season. “I don’t have any idea,” Ames (Iowa) coach Vance Downs said Monday by phone. “I haven’t spoken to Harrison about it. I texted him about a week ago. We haven’t talked on the phone.” Downs said he would be “pretty careful” about believing any reports on Barnes’s future “until the family” announces its plans. Marty Tirrell, a shock jock in Des Moines, Iowa, tweeted Monday, “Harrison Barnes commits to ‘work left to be done’ at NC (and) Tells family and friends [he] wants and feel Heels can move forward and ‘win a title.'” He added: “He’s going back to Chapel Hill dude!” Tirrell hosts The Mouth of the Midwest radio program in Iowa on ESPN 1700 and KCCI News Channel 8. DraftExpress.com projects the 6-foot-8, 210-pound Barnes as the No. 4 pick in the June NBA Draft.