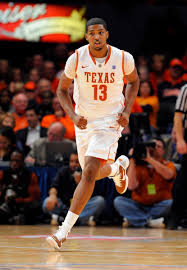 WASHINGTON, D.C. — Good news for Texas fans. Both Tristan Thompson and Jordan Hamilton say they will return next season to play with the Longhorns. “I’m coming back another year,” Thompson, a 6-foot-9 freshman projected as a lottery pick by many NBA Draft outlets, said Saturday in the Texas locker room at Tulsa’s BOK Center, according to multiple reports. “I’ve already signed up for summer classes, so I’ve got to be going to school there.” Ro Russell, Thompson’s AAU coach with Grassroots Canada, added by text: “That’s how he feels. He loves college.” Thompson said one if his reasons for coming back for his sophomore season is to play with fellow Canadian Myck Kabongo, his former teammate at St. Benedict’s Prep. Kabongo is a senior point guard at Henderson (Nev.) Findlay Prep. “I’ll come back another year for him,” Thompson said, according to ESPN.com. “I’d love to play with him.” If Thompson does indeed return, Texas coach Rick Barnes could have four Canadians on the roster next year in Thompson, Kabongo, point guard Cory Joseph and incoming recruit Kevin Thomas, a 6-8 wing from Russell’s Christian Faith Academy (N.C.). Hamilton, a sophomore, also said he will return. “I’m coming back next year,” Hamilton told the Austin American-Statesman. “I think we will have a great team.” RELATED CONTENT **St. Benedict’s has a special pair of players **Kabongo to Texas **Kabongo to Findlay Prep **Kevin Thomas to Texas