// Check out this SNY interview

While there has been much speculation surrounding DeAndre Daniels and his future, his immediate plans remain uncertain.

“He is still training with us and he has an open invitation to stay at IMG should he decide to wait for the spring,” IMG basketball director Andy Borman said Tuesday night.

The 6-foot-8 Daniels is still weighing whether to remain at IMG for the spring semester or to enroll in college but wait until the fall to play.

UNION, N.J. — During the last two years of Dan Hurley’s tenure at St. Benedict’s Prep in Newark, the Gray Bees lost a total of four games and were continually in position to win a national championship.

Through 11 games this season under first-year coach Roshown McLeod, St. Benedict’s (6-5) has already dropped five contests, including Sunday’s 73-65 loss to St. Patrick, the No. 2 team in the nation, at the Scholarship for Inner City Children Festival at Kean University.

“I think our guys are turning the corner,” McLeod, the former St. Anthony and Duke standout, said after the loss. 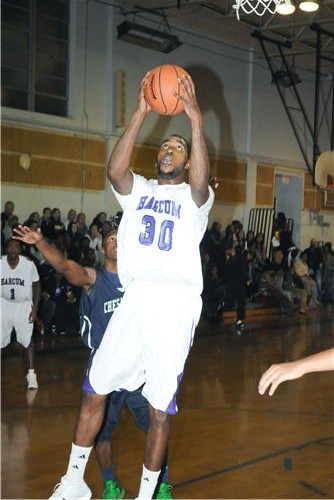 “Dave will graduate this summer and have three years of eligibility to play at the next level,” Harcum coach Drew Kelly said by email.

While UConn star Kemba Walker has garnered national headlines for his scoring exploits this season, one player who has flown under the radar is Hofstra senior guard Charles Jenkins.