“He’d be more than welcome, you know, he’s a good coach, great coach,” Garcia said after scoring 8 points and grabbing 5 rebounds as the Kings downed the Knicks, 93-83, Friday night at MSG.

The Dominican team could feature as many as four NBA players in Garcia, Al Horford, Charlie Villanueva and Trevor Ariza.

Asked specifically if they discussed Anthony, Walsh said, “No, no, no, no. I’m not talking about that. I’m going to make that real clear.”

He added: “We’re linked to Carmelo or whoever by what’s in the press. Period.” 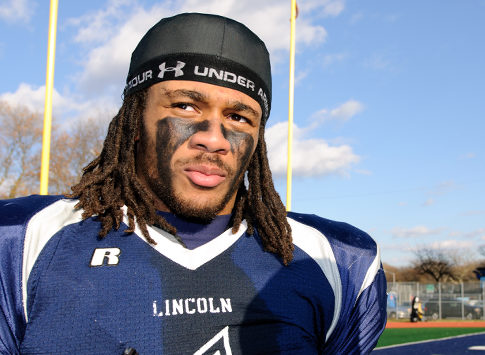 Ishaq Williams has made his choice.

“Ishaq is Irish,” his father, Shaun Williams, reportedly posted on Twitter.  “See you in South Bend.” Mike Rice was so thoroughly disgusted with the lack of leadership from Jonathan Mitchell and his other seniors in Tuesday’s 67-53 loss at UConn, he put the walk-ons in during the second half.

“When you do that, it’s that you’re not going to tolerate their lack of intensity, energy or fight,” Rice said on Thursday’s Big East conference call.

“They get that glazed look. At halftime there was just no buzz. We’re facing a Top 10 team and the nation’s best player [Kemba Walker], we’re down five and there wasn’t a buzz, there wasn’t an energy…If that happens I’m not going to stand for it. I’ll let the walk-ons represent us.”

Jamal Ferguson, the No. 14 shooting guard in the Class of 2012 according to Rivals, has verbally pledged to Marquette.

“Marquette and Georgetown, those were his two options,” said Jermaine Woods, the assistant coach at Norfolk (Va.) Maury High where Ferguson plays.

“He went there on an unofficial. He was surprised that the area was more city-like.”