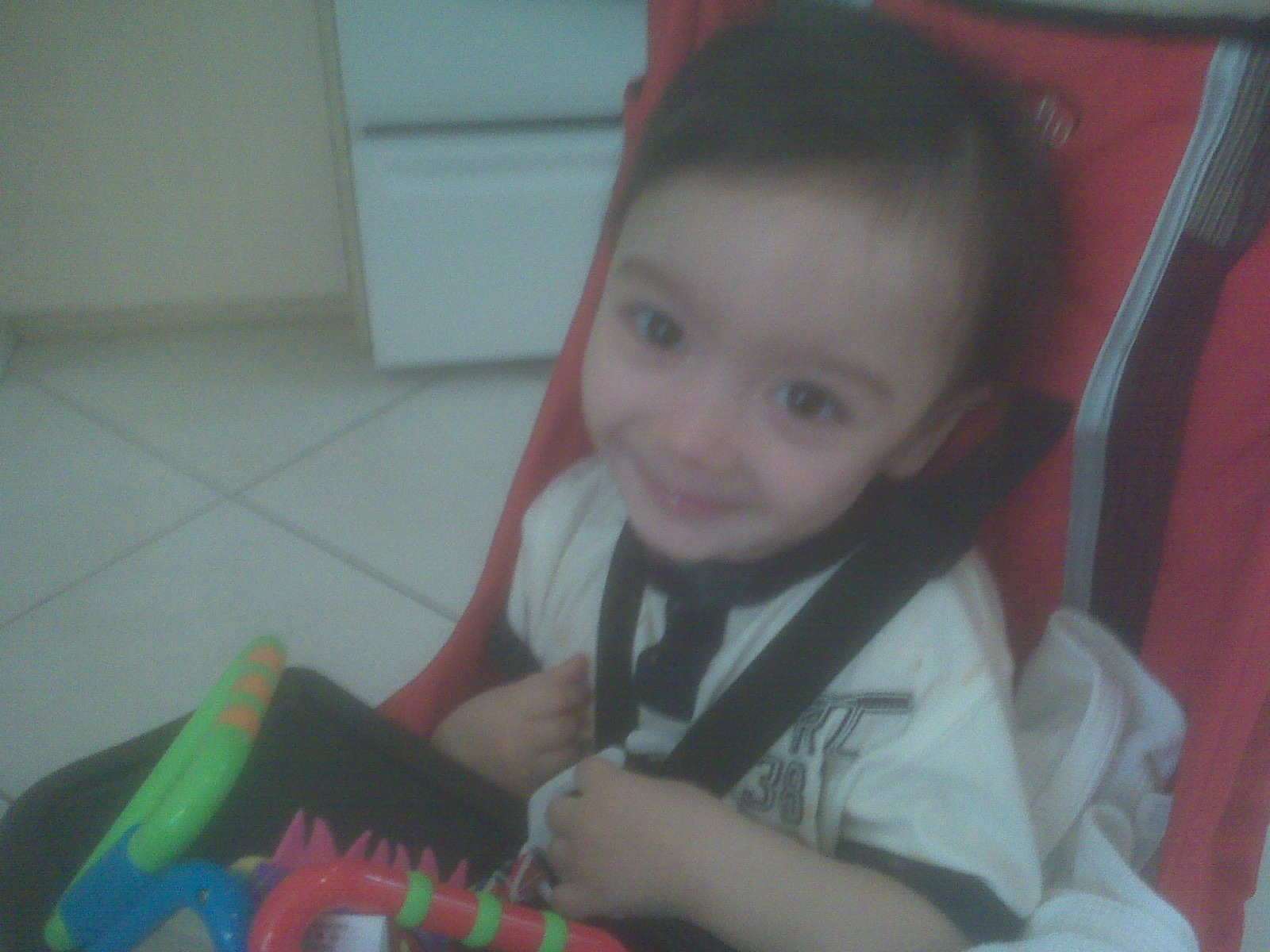 If all goes well and the snow does not delay him, Jim Carr will be back by his son’s side sometime early Thursday morning. After flying back from the Rutgers-Cincinnati game Wednesday night and landing at Newark Airport at 2:30 a.m., Carr, the Scarlet Knights’ Director of Basketball Operations, will hustle to another gate for a 5 o’clock flight to Durham, N.C. From there he will head to the Duke Medical Center to be with his wife, Natalie, and their two-and-half-year old son, Brayden. “It’s unfortunate for the little guy,” Duke coach Mike Krzyzewski said. “He’s gone through a heck of an experience and his family, his parents, have been spectacular in their support.” *** Brayden Carr has been battling epileptic seizures ever since he was six months old. When Brayden suffered his first infantile spasm, his arms shot up. His head snapped back. His eyes rolled. “The first seizure stops you in your tracks,” said Carr, a South Plainfield, N.J. resident who has spent 12 years on the Rutgers staff. “It changes your world. It was a total feeling of helplessness.” Then, out of the blue, Brayden smiled. “To sort of  let us know it’s OK,” Carr said. “The kid fights so hard. The medicine and their side effects are so hard for his little body to handle, but he fights and stays upbeat.” Since that first seizure, Brayden has had six stays in four different hospitals: The Children’s Hospital of Philadelphia, The Children’s Hospital at Johns Hopkins in Baltimore, three stints at St. Barnabus Medical Center in New Jersey and now Duke. “About 3 million Americans have it [epilepsy], 50 million people worldwide,” Dr. Orrin Devinsky, one of Brayden’s doctors and the director of The Comprehensive Epilepsy Center at New York University, said in a phone interview. “About a third of those who have it are not fully controlled with medications, Brayden being one of the better examples.” Through Dr. Devinsky, Jim and Natalie eventually came to learn that doctors saw a connection between seizures and cerebral palsy. “The theory is that cerebral palsy could be causing the epileptic seizures, or the epileptic seizures cause the cerebral palsy,” Carr said. “The theory that they have is that if you cure one of them, then you have a chance of stopping both of them.” Dr. Martin Diamond of Children’s Specialized Hospital in Mountainside, N.J., first mentioned the Duke Medical Center to the Carrs. Doctors at Duke were conducting a stem-cell process that could potentially cure cerebral palsy. “You could try,” Dr. Devinsky told Jim and Natalie during a routine check-up. “Duke’s got the best in the world if you want to try to make the call and see.” *** On the morning of Dec. 8, Carr emailed Duke assistant Chris Collins asking for help. Carr knew Collins from his days as a Seton Hall assistant under former coach Tommy Amaker. “This was right in the middle of all the Kyrie Irving stuff, his first initial couple days with the injury,” Carr said, referring to the toe injury the Duke freshman point guard from New Jersey suffered Dec. 4 against Butler. “I emailed [Collins],” Carr added. “They had a 9 o’clock game that night against Bradley. He emailed me back at like 11:30 that night that coach [Krzyzewski] was going to talk to the doctor. By 7:20 the next morning, I was getting a call from Coach K’s personal assistant. You know, ‘What number are you going to be at all day?’ The doctor’s getting ready to give you and your wife a call.” Said Collins: “We’ve been friends for a long time and anytime you see someone going through that with such a young child, you want to try to do anything you can to help.” On Jan. 8, immediately after Rutgers beat Providence at the Rutgers Athletic Center, Jim and Natalie drove down to Durham so that Brayden could undergo the stem-cell procedure with Dr. Joanne Kurtzberg the following Tuesday. “It will take at least 3-6 months to know if we’re seeing any difference,” Dr. Kurtzberg said by phone. Brayden remains at the Duke Medical Center due to an issue with his lungs. “Unfortunately he’s been down there ever since with some complications that are related to his condition, not really the stem-cell process but more related to his condition,” Carr said. “But he’s in the Duke Medical Center ever since. And I’ve just been commuting back and forth, like a day or two before the [Rutgers] games. And then trying to get back there the next day or whenever possible.” Rutgers coach Mike Rice must do without Carr on the days he’s in Durham, but it’s a sacrifice he’s more than willing to make. “Any parent understands when their kid has an illness and one so severe that Brayden has, this is giving Jimmy and his wife hope for the future,” Rice said. “For Coach K, Chris Collins and everybody to make him feel welcome, I think it just goes to show you the class that Coach Krzyzewski and the Duke program have. I’m excited for Brayden and Jimmy and his wife about the possibility of improving Brayden’s condition.” *** Brayden’s room has a crib, a chair  and a pullout flat bed. Natalie hardly ever leaves. “My wife’s unbelievable,” Carr said. “She’s been there 24/7 since the procedure. She doesn’t leave the floor.” 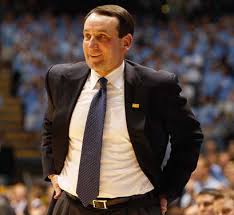 Carr will occasionally take a break from the hospital by attending a Duke practice. Aside from knowing Collins through the coaching ranks, Carr has deep connections to the Duke program through New Jersey guards Bobby Hurley and Jason Williams, both of whom won NCAA championships under Krzyzewski. “He’s been at a couple of practices and we just try to give him encouragement,” Coach K said of Carr. “I don’t know how much we’re helping but we’re there when he needs a little bit of a release to just get a break from being in the hospital because his son’s going through quite a bit and so whatever little bit we can do we’re happy to do it.” Said Carr: “Those guys are great. I’m so impressed by Coach K as a person. I walked into practice. He was preparing for N.C. State. He came over and spent time with me. He knew everything about what was going on with my son’s condition. He’s very good friends with the doctor. He has such pride about the Medical Center, and especially about the unit that we’re in, the bone marrow transplant stem cell unit. “It’s an air-tight unit. You have to wash up and scrub up, wear booties on your feet and gowns before you can walk down the hallway, [have] identification, the whole deal. He donates a lot of his time and money to that unit so he has a personal connection to that unit the way it’s been built up over the years being one of the best ever.” *** Most fans of college basketball only read about coaches fighting it out for recruits on the summer circuit, or watch them competing in gyms during the winter for victories. But this is a story of coaches from one storied program going out of their way to help a coach from another, simply because they could. Because they felt it was the right thing to do. “I think a lot of times people see the competition and guys trying to beat each other when you’re playing head-to-head but you don’t see the relationships and the friendships behind the scenes,” Collins said. “I think coaches for the most part try to look out for each other and understand what a tough profession it is and when things like this happen with families, you want to try to do your best to help in any way you can.” Jim Carr won’t know how Brayden’s procedure turned out for another few months, but he has already learned how much Krzyzewski and Collins care. “He’s got a 50 percent success rate for being of this nature so we’re just going to hope and pray and see how it goes,” Carr said. “But for those guys to go of their way to even give us this opportunity is great.” (Photos courtesy Jim Carr, Rutgers Athletics) And like ZAGS on Facebook.