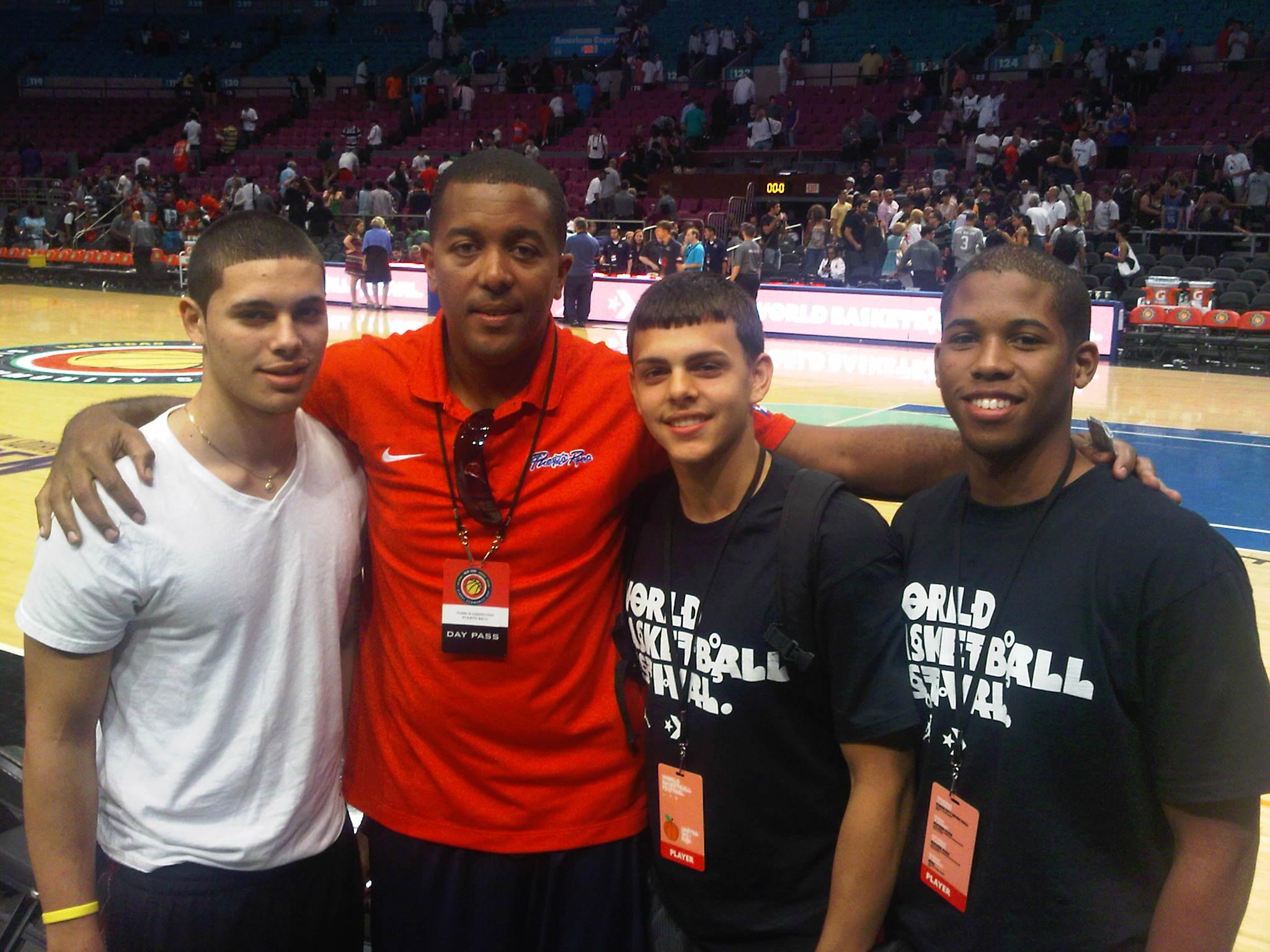 When Louisville coach Rick Pitino announced last week that he would coach the Puerto Rican National Team during 2011 Olympic qualifying, Todd Washington was one of the first to applaud the decision. Washington, a senior adviser to the Puerto Rican Basketball Federation and the son of Charlotte Bobcats co-owner Robert B. Washington, believes that this is the first of many Federations in the region that will go in that direction. “In the last week I’ve gotten calls from several coaches who expressed an interest in learning more about the development of basketball in the region,” Washington said. “The Pitino announcement has really helped bring attention to the sport in this part of the world. It baffles me why more coaches are not spending time down here recruiting players.” From where Washington sits, it only makes sense for more and more coaches, whether they coach national teams or simply recruit, to tap into the talent pool in the Caribbean. The region has produced to two of the greatest NBA centers of all time in Patrick Ewing (Jamaica) and Tim Duncan (Virgin Islands). Wouldn’t it make sense for Jamaica to hire Ewing, who wants to coach an NBA team, as its national team head coach? “It’s a natural thing,” one source said. “He’s the most legendary player ever to come out of there.” Currently, there are over 15 active players of West Indian descent in the NBA, including Duncan, Dominicans Al Horford, Charlie Villaneuva, Francisco Garcia and Trevor Ariza, Carlos Arroyo (Puerto Rico), JJ Barea (Puerto Rico), Samuel Dalembert (Haiti), Rodrigue Beaubois (Guadeloupe), Mickael Pietrus (Guadeloupe), Raja Bell (Virgin Islands) and Ronny Turiaf (Martinique). Still, Puerto Rico, currently ranked No. 15 in the world by FIBA, is the premier team in the region. Under Pitino’s leadership, Puerto Rico must finish in the top two in Olympic qualifying to make the 2012 Olympics. “They understand their backs are to the wall as players and they’ve got to finish in the top two to qualify for the Olympics,” Pitino said. “It’s very similar to Kentucky in the fact everybody there is so passionate about basketball. It will be a great challenge.” Most people are completely unaware that Puerto Rico has the longest running professional basketball league – the Baloncesto Superior Nacional, or “BSN” — which has been operating for over 80 years. Phil Jackson, Bernie Bickerstaff and a host of other NBA coaches spent time honing their craft as young coaches in Puerto Rico in the 1970s and 80s. Washington has spent the better part of the last 15 years working with basketball federations and local clubs in the region to help elite players and their families secure opportunities to attend camps and high schools and colleges. He runs an AAU program in Puerto Rico called the Puerto Rico Playmakers and has secured deals for National Teams with both Nike and Under Armour. Washington currently has several student athletes attending elite high school programs, including Montrose Christian (Carmelo Betancourt), St. Benedict’s (Gaby Anglero) and Arlington Country Day (Gary Browne) — pictured above with Washington — and expects that number to increase to well over 100 players from around the region in the next several years. Washington is also working with the AAU and Five Star Basketball to bring major brands to the region. “Puerto Rico Playmakers started several years ago with student athletes as young as 8 years old and we have focused on a holistic approach to developing talent,” Washington said. “We are kind of different than other programs in Puerto Rico and the rest of the region in that we will help a student athlete and his family regardless of if they play in our AAU program. We have begun operating evaluation combines and developing academies throughout the region and working with local coaches and clubs to identify, nurture, develop and place those who have the talent and desire to play in the States.” Washington believes that the Caribbean is often overlooked when it comes to recruiting with only a handful of Top 20 schools actively and consistently recruiting in the region.  He thinks it’s a major mistake and has worked to leverage his personal relationships to create opportunities for players to further their education and use their talent to change their lives and the lives of their families. “Most people think that Puerto Rico is the only place that produces talent in the region and truth be told they are way ahead of the rest of the region,” Washington said. “With players of Puerto Rican descent comprising 40 current players at Division I colleges and universities, Puerto Rico has set the bar in terms of what other countries in the region aspire to develop in terms of placing players.” Washington has also helped many players who may have been born in the U.S. but have a desire to represent the country of their heritage. Two years ago Washington helped former St. Anthony stars Mike Rosario and Jio Fontan play for the Puerto Rican 19U National Team that finished 6th in the 2009 FIBA World Championship. “My phone hasn’t stopped ringing since I brought Mike and Jio down to Puerto Rico a couple of years ago,” Washington said. “Those two guys are like my nephews and their success has opened the door for others to pursue their dream of representing their country.” And like ZAGS on Facebook.