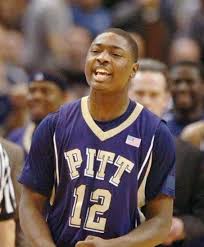 Pittsburgh junior guard Ashton Gibbs of Scotch Plains, N.J. was named the Big East Player of the Week Monday. The honor was the first of the 2010-11 season and the second overall for Gibbs. Through the Panthers’ first five games, Gibbs has averaged 19.0 points, 4.0 assists and 3.8 rebounds. He has scored 20 or more points in three of Pitt’s first five games while shooting 47.1 percent (16-34) from 3-point range. Gibbs was named the 2K Sports Classic/Coaches vs. Cancer tournament Most Valuable Player on Nov. 19 after leading Pitt to the title with back-to-back wins over Maryland (79-70) and Texas (68-66) at Madison Square Garden. In the championship game win over Texas, Gibbs scored 24 points including, 19 in the second half, to give Pitt its 14th win in its last 19 games at Madison Square Garden. Read my feature on him here.

Cincinnati redshirt freshman Sean Kilpatrick of White Plains won the Big East’s first Rookie of the Week honor after leading the Bearcats to a pair of opening wins over Mount St. Mary’s (69-59) and IPFW (65-59). Kilpatrick scored 34 points during the week, including 21 points in his collegiate debut vs. The Mount on Nov. 15. He shot 55.0 percent (11-of-20) from the field, including 5-for-11 (.455) from 3-point range. Defensively, Kilpatrick posted a pair of steals in each game. Last season Cincinnati players earned Big East Rookie of the Week five times  when Lance Stephenson won the honor four times and Cashmere Wright claimed it once.

Birch Signs With Pitt for 2011 (UPDATED)