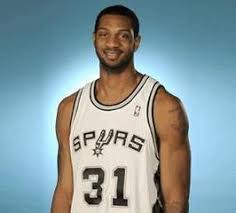 Darryl “Mookie” Watkins hasn’t given up on his dream of playing in the NBA. The 6-foot-11, 265-pound former Syracuse University and Paterson (N.J.) Catholic standout hopes his dream will finally materialize this year. Watkins, 25, was invited to the New Orleans Hornets training camp later this month and hopes to make the roster. “Yes,” he said in a phone interview from Houston where he now lives. “It’s so exciting. You get a chance to go to a camp and have the team invite you there.” Watkins said he also received interest from the Chicago Bulls and Los Angeles Lakers, “but my agent [Reggie Brown] just went with this decision based on the roster and the chances of making the team.” “He’s got a great opportunity and they really like him a lot,” said agent Mark Bartelstein, who works with Brown. Watkins has previously been in preseason camp with the Cleveland Cavaliers, San Antonio Spurs and Sacramento Kings but has never lasted on an NBA roster. Last year after the Cavaliers cut him he was supposed to play in the NBA D-League but developed a staph infection on his foot. “I had a staph infection in the bottom of my foot the whole season,” he said. During the 2008-0 season, Watkins played for Tianjin in the Chinese Basketball League “It was crazy, man,” Watkins said. “Different customs and stuff like that. I had to find a way to survive based on getting accustomed. I flew in my family sometimes. I also had a an American teammate [Theron Smith] so that kind of helped.” Watkins hopes he doesn’t have to play overseas anymore and that the Hornets will find a spot for him. “I’m still hungry for it,” he said. “That’s the dream that I’m still trying to get. My dream right now is the only thing I’m really caring about.” Follow Adam Zagoria on Twitter