NEW YORK — Desmond Hubert is a long way from cutting his list of schools, but he says two should make his top five. “‘Nova and Pitt,” the 6-foot-9, 205-pound Hubert said Friday night at the Rumble in the Bronx at Fordham. “Great programs, I like the head coaches.” As for Villanova, Hubert said he liked head coach Jay Wright and the whole program. “Jay Wright, he’s just a cool dude,” he said. “I talk to him a lot. He’s a real cool guy to sit down and just talk with. I really like the way he coaches and the way he carries himself. He’s one of my favorite coaches.” Hubert played AAU ball with Villanova sophomore Dominic Cheek and also knows sophomore guard Maalik Wayns. As for Pitt, Hubert said Panthers head coach Jamie Dixon “is a great guy.” “I can sit down and talk with him. He makes me feel real comfortable when I talk to him. That’s a big plus for me. And then just they had a lot of good bigs lately [Sam Young, DeJuan Blair, Tyrell Biggs].” The No. 7 center in the Class of 2011, Hubert, a rising senior at New Egypt (N.J.) High School said he also holds offers from UConn, Maryland, Wake Forest, Ohio State, Notre Dame,  Virginia Tech, Virginia, Rutgers and Seton Hall. “I’m still pretty much wide open right now,” Hubert said. “Hopefully, after the live period I’ll be able to make my list.” Jerome Smart, Hubert’s coach with the Playaz and the new head coach at Teaneck (N.J.) High, said Hubert “has a shot” to play in the NBA one day. “He has a shot,” Smart said. “He has to develop offensively. He’s definitely going pro, whether he’s going to play in the NBA [or not]. He needs to work on his offensive game and get stronger. Defensively, he’s sound. Athletically, he’s outstanding. It just comes down to whether he can get bigger and stronger and be more effective on the offensive end in the low post.” SMART TAKES OVER AT TEANECK 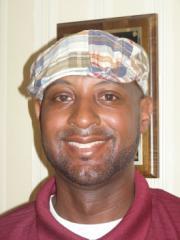 Jerome Smart is the new head coach at Teaneck (N.J.) High School. Smart previously spent three years as the head coach at Paterson Catholic and now coaches the Playaz 17s team. “We liked Jerome’s experience,” said Teaneck AD Ron Van Saders. “We like his connection with college coaches and those were the two biggest factors. “Plus, he’s in the building [as a special ed teacher].  Your head basketball coach  has to be in the building.” Smart takes over for Curtis March, who retired after last season. March won more than 300 games coaching boys basketball and more than 200 coaching the girls. “He was very successful,” Smart said. “He won a lot of games, so of course I’m going to try to keep the winning tradition going. “But I also want to try to help kids get into school and things of that nature. It’s very important to me to try to make sure that all the seniors get into college. When I was Paterson Catholic, every senior went to college, all of them except one on scholarship. “I don’t know if we’re going to be that successful on scholarships, but as far as making sure they go D-3, D-2, whatever, to further their education. I don’t want their time playing basketball at Teaneck to be wasted on just basketball. I want to help develop them into young men and go on to college.” MCMILLAN TO HOFSTRA

Dwan McMillan, a 6-foot point guard from Brooklyn, committed to Hofstra over Marshall and Creighton. McMillan, who averaged 13 points, 8 assists and 5 rebounds at Indian Hills (Iowa) Community College, previously played at St. Benedict’s Prep. He will have two years of eligibility remaining. “I will bring leadership and a type of hunger for winning that will get us over the hump to the NCAA tournament,” McMillan said. “Just making everybody’s job easier on the defensive and offensive side.” Devon (Fatty) McMillan, Dwan’s younger brother, previously committed to Fordham and will go there in 2011 after prepping a year, Dwan said. Devon had initially committed to Hofstra, but ended up following Tom Pecora to Fordham. FREE THROWS South Kent coach Kelvin Jefferson says West Virginia, Pittsburgh and Georgetown all called about Ricardo Ledo, a  6-5 wing who will play at South Kent…The Pitt men’s hoops team will play 6 games in 3 cities in Ireland July 29 – Aug 9…Monmouth forward Travis Taylor will visit Seton Hall Saturday and Boston College on Sunday and Monday…Fordham commit Jeff Short says he plans to prep next year, but has yet to decide where…Jerel Scott, a 6-5 wing with the Albany City Rocks who will prep at Worcester (Mass.) Academy, listed Maryland, VCU, Fairfield, Fordham, Colorado and Siena as schools with interest… (Photos courtesy Rivals, Jerome Smart, Daily News) Follow Adam Zagoria on Twitter