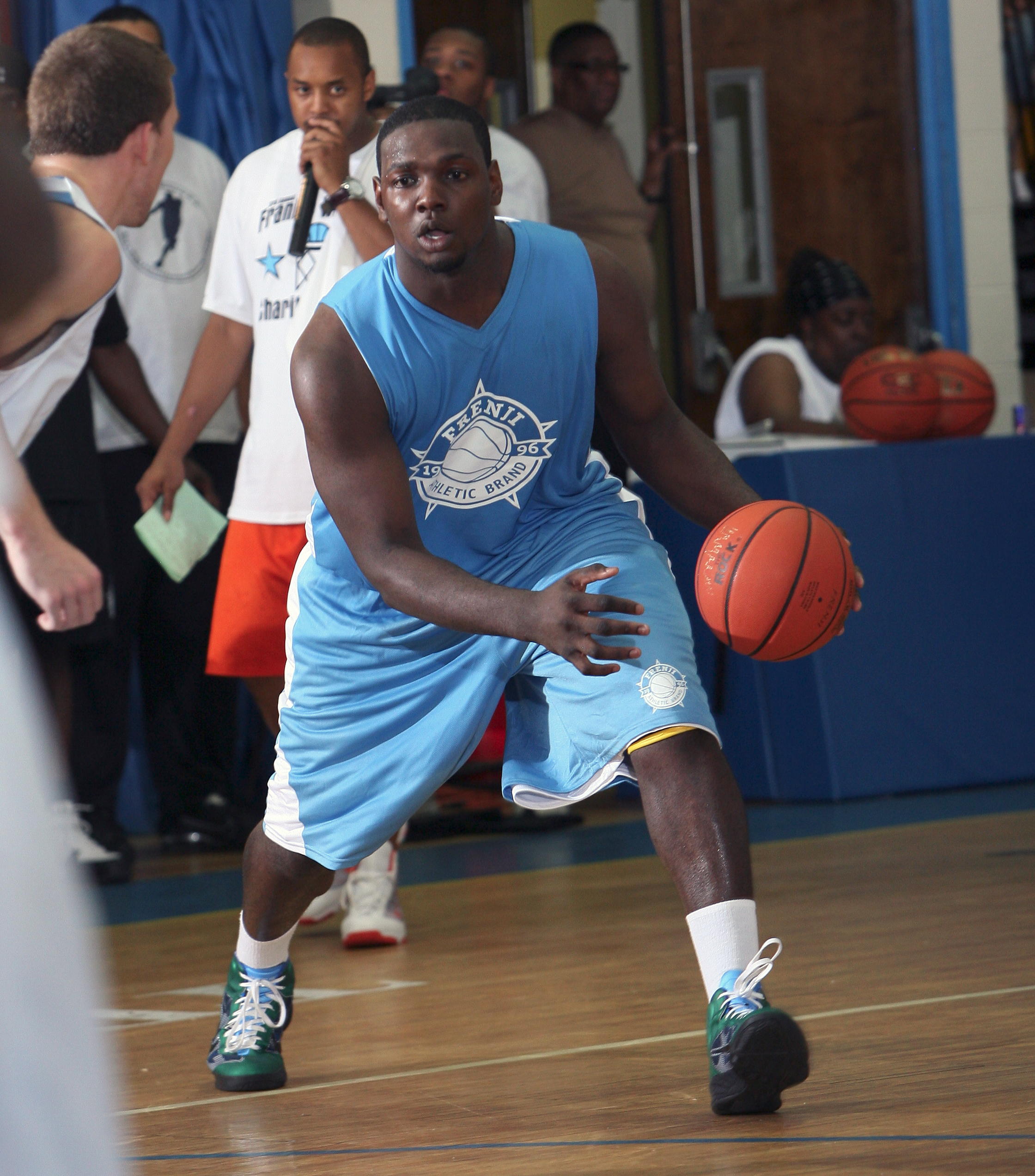 **Photos courtesy Lonnie Webb Photography** GREENBURGH, N.Y. — JayVaughn Pinkston spent part of last summer cooped up in a classroom at Bishop Loughlin High School while his friends were out playing summer ball. He didn’t want to do it, but he had to in order to get his academics right. “I felt that it was important for me to get my grades up,” the Villanova-bound Pinkston said Thursday night after scoring 15 points as the Blue team downed the White squad, 124-112, in the 3rd Annual Frankie Williams Charity Classic at the Theodore D. Young Community Center. The game was sponsored by Frenji Sports. On Saturday his hard work will pay off when Pinkston will become the first member of his family to graduate from high school. On Sunday, he will head to summer school at Villanova. Sounding older and wiser, Pinkston admitted to being immature early in his career and having to dig himself out of an academic hole by going to summer school last year. 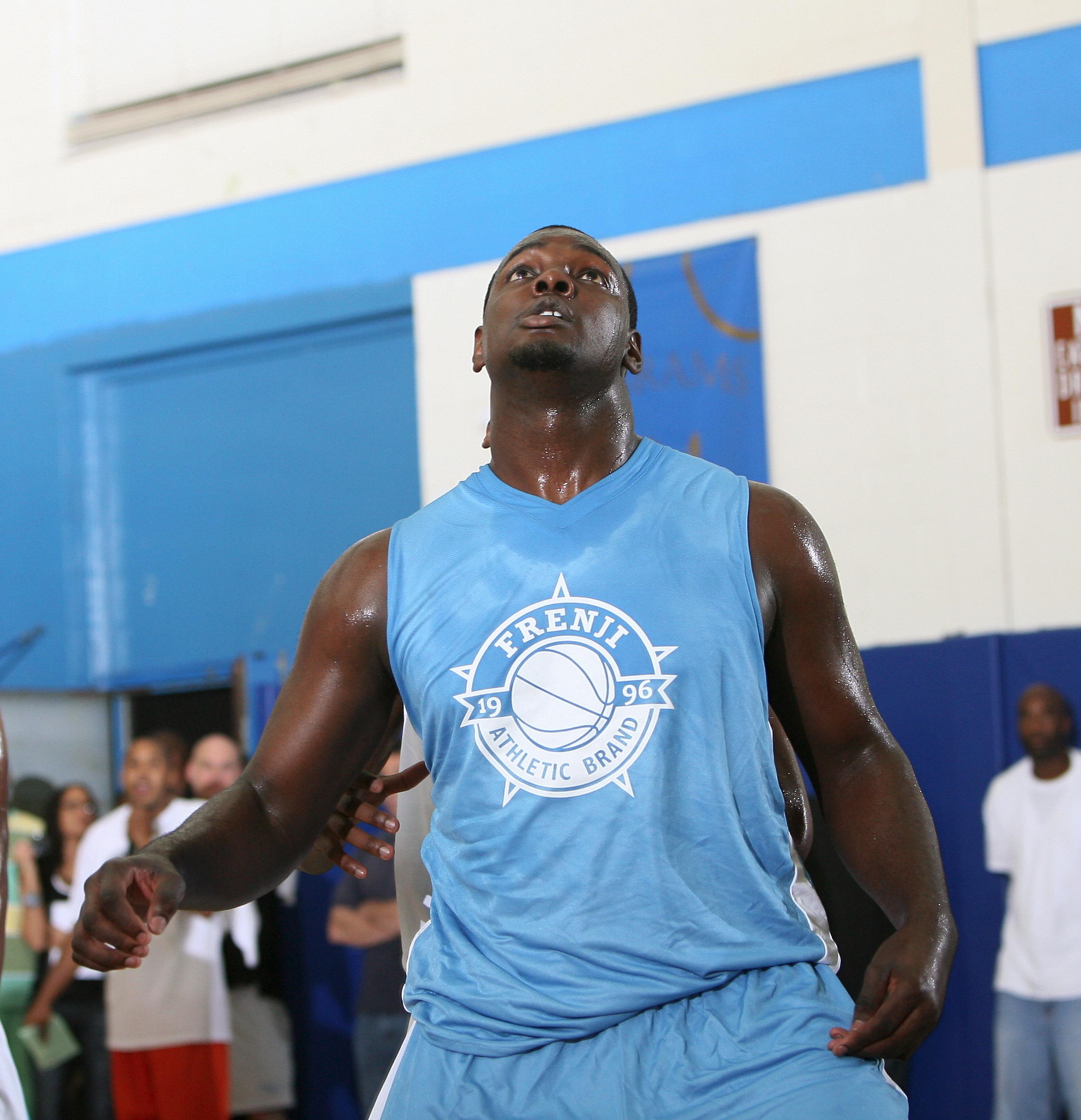 “It was tough but I brought that upon myself so I had to fix what I did to myself,” he said. “He turned it around tremendously the last few years academically,” added New Heights athletic director Kimani Young, who has served as Pinkston’s mentor. “[Loughlin coach] Ed Gonzalez and his staff at Loughlin did a great job hanging in there with him. He got a lot of extra help and tutoring. Obviously, what we do at New Heights was helpful down the stretch also. So for him, he’s going to be the first college student in his family. It’s a wonderful accomplishment for him and his family.” A McDonald’s All-American and the consensus New York City Player of the Year, Pinkston will join Jay Wright’s club next season as part of a two-man recruiting class that also includes small forward James Bell of Monteverde (Fla.) Academy. Pinkston currently weighs 245 pounds and says he wants to get down to about 215. “I know I’m going to lose some of this weight, but at the end of the day I’m at a good place with a good coaching staff so they’re going to help me,” he said. “They’re going to push me.” Achraf Yacoubou, a 6-4 junior guard from Long Island Lutheran who has committed to Villanova, said Pinkston can help the Wildcats next season. “I think he can help them if he gets in shape and loses a couple pounds,” said Yacoubou, who scored 20 points for the White team. “If he can keep his head in the game, he’s going to be good.” He added: “The hardest part about defending him is when he gets low and lowers his shoulder and bumps you.” How hard Pinkston works and how much time he puts in between now and the start of the season will dictate how much time he sees next season. He could play four minutes per game or he could play 20. “He’s got to get in condition,” Young said. “He’s got to take the strength and conditioning program seriously. He’s going to get a head start by getting in summer school early. He’s just got to go in there and work hard and do the little things that it’s going to take to get on the floor.” JACK TO VISIT WEST VIRGINIA 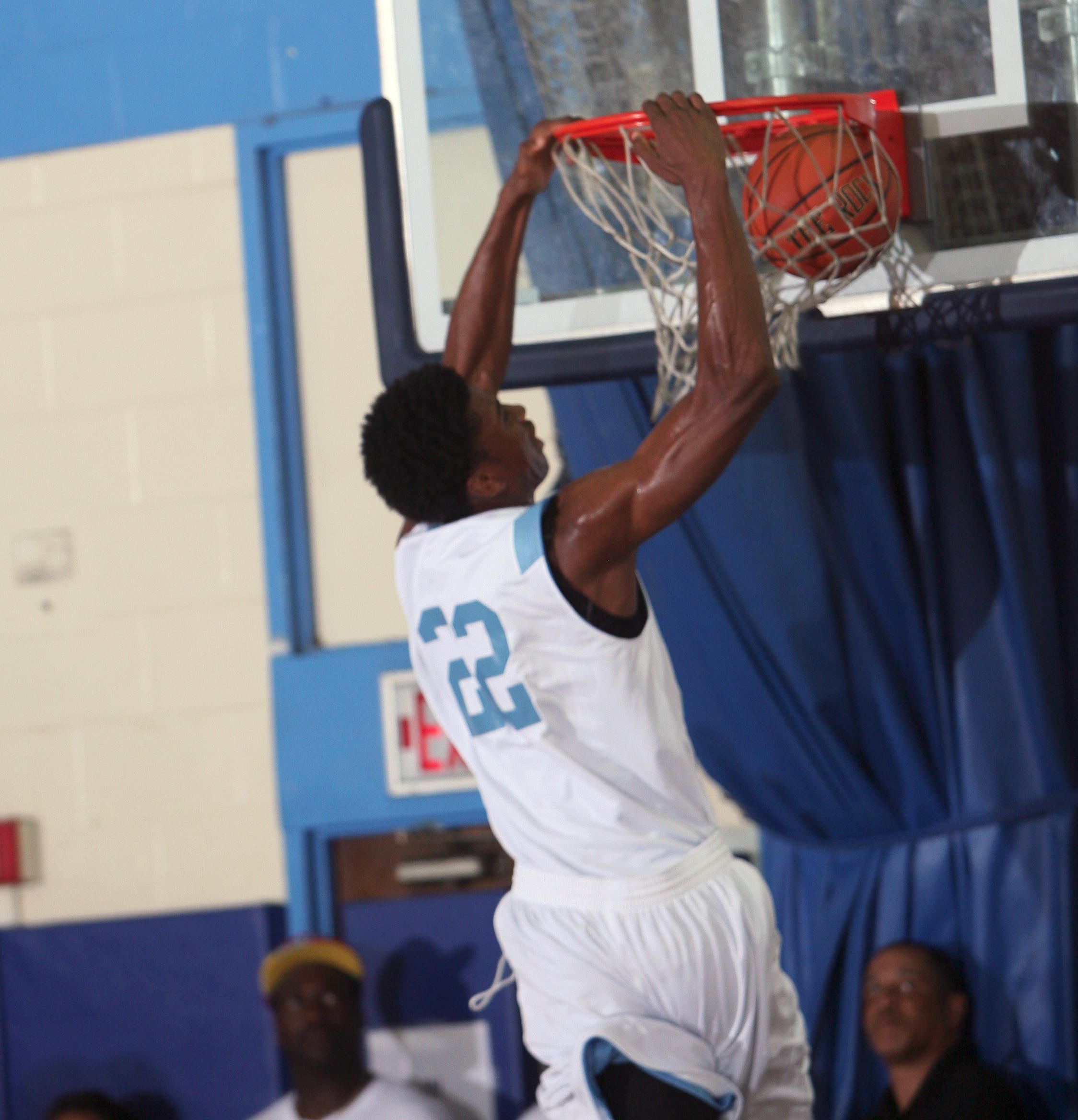 Kadeem Jack will continue his summer tour of colleges by visiting West Virginia over the weekend for their Elite Camp. “I’m just going for the camp,” Jack said. “Whatever happens, happens. I think I’m going to take an unofficial down there, though.” The 6-foot-9 Jack, who scored all 16 of his points for the White team after arriving at halftime, visited Rutgers unofficially Wednesday. Asked if he could see himself playing at Rutgers, he said: “Yeah…actually I could see myself playing anywhere.” He had listed Arizona, Arkansas, Miami, UConn and Rutgers but now says he’s considering West Virginia for 2011. “For next year,” he said. Jack says he still plans on attending South Kent (Conn.) for a prep year next season. “Definitely,” he said. “Just for skill development, I need it, I need it.” FREE THROWS 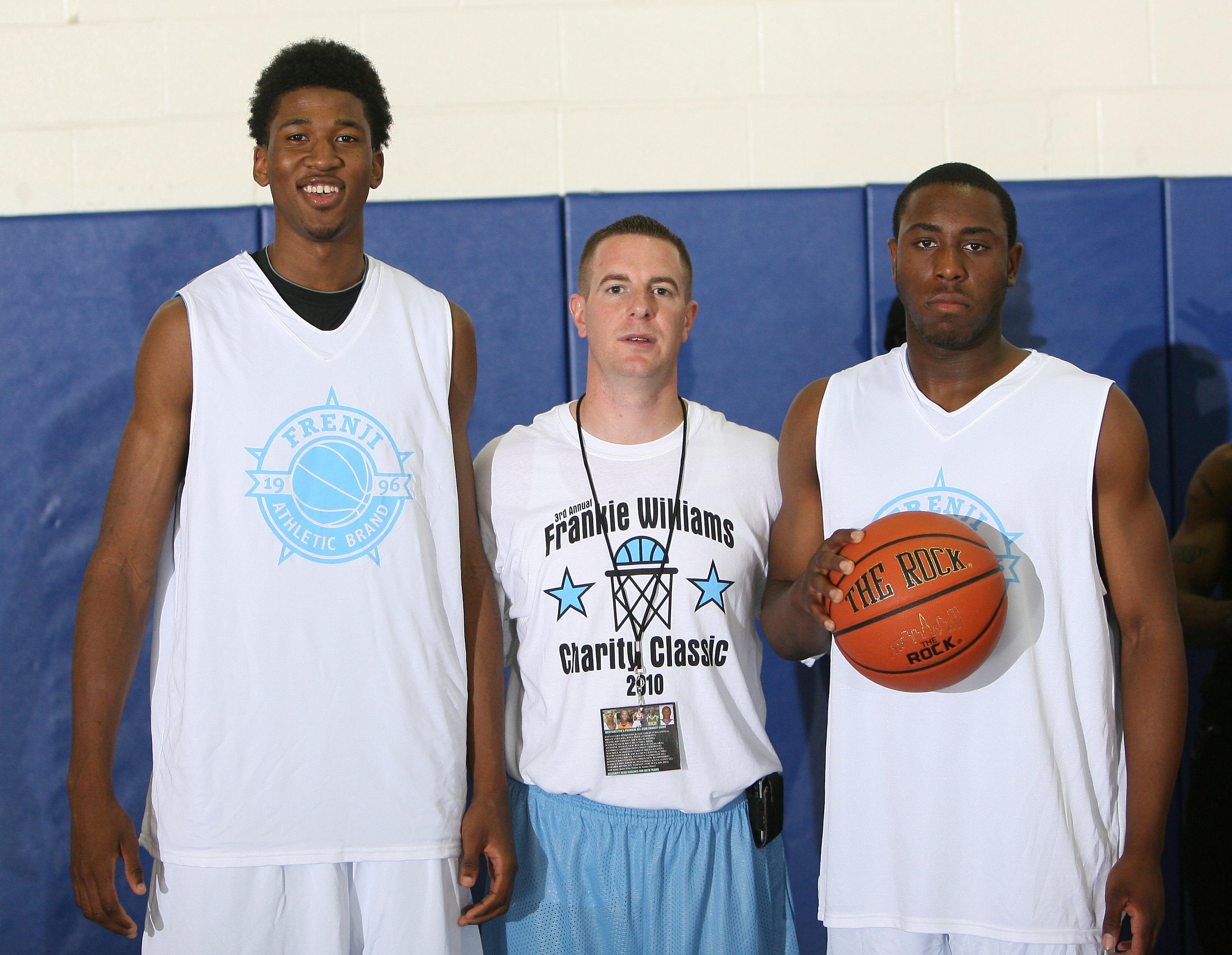 Former Hofstra guard Chaz Williams will visit Seton Hall unofficially Friday and then hit UMass Monday and Tuesday for an official before tripping Thursday to Rutgers on an unofficial. “Not sure yet of other visits,” he said in a text. The 5-9, 170-pound Williams is a Brooklyn native who averaged 9.8 points and 4.2 rebounds last season as a freshman for the Pride. Former Southern Miss guard Kenneth Ortiz of Newark Science met with Wagner coach Dan Hurley and could be close to transferring there. “He remains very intersted,” Newark Science coach Milt Gaylord said. ROSS VISITS RUTGERS LaQuinton Ross, a 2011 wing from Burlington (NJ) Life Center, took an unofficial Thursday to Rutgers, sources said. (Photo courtesy Rivals.com and Daily News) Follow Adam Zagoria on Twitter

Graham to RU; N'Diaye Working out for Knicks; Providence Loses Another Recruit

Taylor to Appeal for Unconditional Release