UNION, N.J. — Two schools in hot pursuit of Cory Joseph squared off on ESPN’s “Big Monday,” with UConn knocking off No. 3 Villanova, 84-75, at the Wachovia Center. Joseph, a 6-foot-3 senior guard from Findlay (Nev.) Prep ranked No. 3 among point guards in 2010, was not at the game but he is considering both UConn and Villanova, along with Texas, Minnesota and UNLV. “[I’m just gonna commit] whenever I feel 100 percent. . . . I am not sure if I am gonna pick out of the [full list of] five. I have no set time,” Joseph told Alex Schwartz of Rivals.com while playing this past weekend at the Primetime Shootout in Trenton, N.J. Also at the Primetime was Joseph’s friend and fellow Canadian, Myck Kabongo, a junior guard at St. Benedict’s Prep. Kabongo said he and Tristan Thompson talk to Joseph “every day” about following them to Texas. The 6-8 Thompson, Joseph’s Findlay Prep teammate, has signed with Texas for 2010 and Kabongo is verbally committed for 2011. “Every day, every day,” Kabongo said Friday night after dropping 20 points, 12 assists, 5 steals and 5 rebounds in an 82-38 rout of Lakewood at Kean College. “But obviously he’s going to do what’s best for him. That’s what we want. We wouldn’t tell him to come to Texas if it wasn’t best for him. Obviously we know each others’ games well, me, ‘T’ and C.J., so just playing with each other it’s just chemistry right away.” Both Thompson and Joseph were recently named McDonald’s All-Americans for the March 31 game in Columbus, Ohio. “Obviously, I want to play with C.J.,” Kabongo added. “We want to play with great players, McDonald’s All-Americans. He’s one of the first Canadians to ever play in the game. When you have someone like that that’s very talented, obviously you want to play with him.” The three Canadians all played for Ro Russell’s Grassroots Canada club. Thompson and Kabongo were teammates at St. Benedict’s before Thompson was dismissed from the team last year and then transferred to Findlay Prep. Findlay head coach Michael Peck checked with Joseph first before admitting Thompson. “We played AAU together so that’s all we always talk about, just playing together,” Kabongo said. Joseph has said he doesn’t have a favorite at this point, and that’s what Kabongo believes as well. “I don’t think so,” Kabongo said. “He’s just enjoying the process and he’s really taking his time. As soon as he feels 100 percent he told me that’s what he’s gonna do [decide]. Right now he doesn’t have a favorite.” GILCHRIST, PINKSTON VISIT NOVA

PHILADELPHIA — Uncommitted junior Michael Gilchrist of Elizabeth (N.J.) St. Patrick and Villanova-bound senior forward JayVaughn Pinkston of Bishop Loughlin both attended the UConn-Villanova game. The 6-foot-7 Gilchrist was named co-MVP Friday night when St. Patrick lost to Oak Hill Academy, 79-78, at the PrimeTime Shootout at Kean College. He and Duke-bound guard Kyrie Irving of St. Pat’s both scored 28 points in the loss. Gilchrist declined to speak with the media after the game, telling reporters, “I’m good.” Villanova and Kentucky lead for Gilchrist, the No. 1 junior in the nation. Pinkston was recently named a McDonald’s All-American and is the first player from his high school ever named to the game. The Wildcats currently feature five former McDonald’s All-American: Scottie Reynolds, Corey Stokes, Taylor King, Dominic Cheek and Maalik Wayns. Follow Adam Zagoria on Twitter. 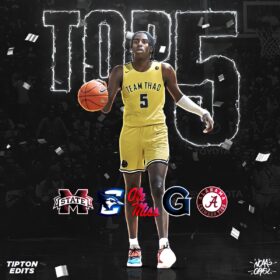 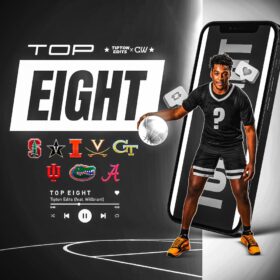 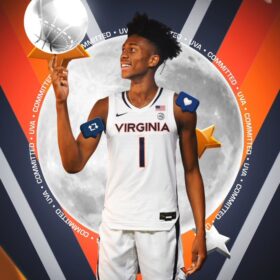 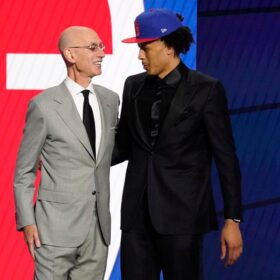 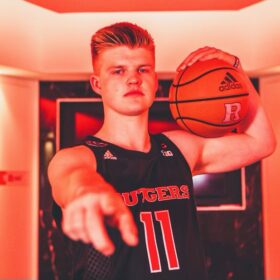