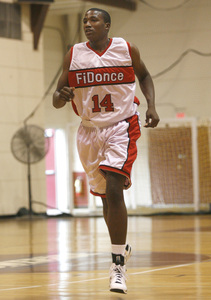 Gary Williams Visits Lance in Home; Calipari, Self Meet with Henry; Decision Could Come Soon; Parrom Gets Release from Xavier

Maryland head coach Gary Williams had an in-home visit last Friday with Lance Stephenson and his family, according to two sources close to the situation.

One of the sources said Stephenson told Williams that he will decide by the end of the week.

“I think everything will probably come to a head by next weekend,” a third source close to the situation said. “Everything hinges probably on what Xavier Henry does.”

If the 6-6 Henry ends up at Kansas, Stephenson could wind up at St. John’s or maybe even Maryland, although that school had seemed to be out of it.
If Henry lands at Kentucky or remains at Memphis, Stephenson could go to his first choice: Kansas.

***Gary Parrish has since reported that the extortion case revolves around Karen Sypher, the wife of Louisville equipment manager Tim Sypher. The couple are in the process of getting a divorce.

Louisville coach Rick Pitino says he is the victim of an extortion attempt and has forwarded the information to the FBI.

A statement released by the university Saturday said Pitino reported the threats to authorities last month and that the FBI is investigating. The statement does not specify the nature of the threats.

“My family and I were recently threatened as part of a criminal scheme to extort money. Upon receiving these threats, we reported this extortion attempt to the FBI,” Pitino said in the statement.

Georgia Tech-bound big man Derrick Favors posted 21 points to earn co-MVP honors and lead the Black Team to a 110-103 victory over the White Team in the Jordan Brand Classic at Madison Square Garden.

USC-bound big man Renardo Sidney scored 13 of his 15 points in the second half for the White Team.

In the Regional Game, Russell Smith of Archbishop Molloy poured in 27 points on 10-of-17 shooting to earn Co-MVP honors and lead the City team to a 129-120 victory over the Suburban team.

Remember the name Mike Taylor in the coming months and years.

The 6-foot-3 sophomore shooting guard out of Brooklyn Boys & Girls is a star on the rise and picked up a slew of major offers after an open gym Friday at his school.

Sherrod Wright verbally committed to George Mason on Friday, according to a source with firsthand knowledge.

Wright is an athletic, strong wing player who comes from the storied Mount Vernon (N.Y.) High School program that also produced Ben Gordon of the Chicago Bulls and Rutgers players Jonathan Mitchell and Mike Coburn. Wright should have an impact immediately at George Mason, where he visited a couple of weeks ago.

NEW YORK – If you’re an available point guard in this recruiting market, you are a hot commodity.

Only a few elite point guards are still on the market and they are in high demand: John Wall, Eric Bledsoe, James Beatty and Malcolm Armstead.

Another such floor general is Lamont “Momo” Jones, a 6-0 point guard from Harlem who played at Oak Hill Academy.

Jones is in New York for Saturday’s Jordan Brand Classic (8 p.m., ESPN2) and is coming off a visit last weekend to Southern Cal.

“It was a great experience,” Jones, who previously decommitted from both Louisville and Virginia Tech, said Thursday at Jordan practice. “It was just a family-oriented atmosphere. It was a great school all around. The kids, the coaches, the campus, everything about it.”