Jersey Guys Filling Up the 1st Round | Zagsblog
Follow @adamzagoria

Jersey Guys Filling Up the 1st Round

The Garden State is in the house. Radio City Music Hall, that is. New Jersey guys made up seven of the 32 first-round picks in Saturday’s NFL Draft. OT Eugene Monroe of Virginia went at No. 8 to Jacksonville; DT B.J. Raji of Boston College was picked No. 9 by Green Bay; RB Knowshon Moreno of Georgia went No. 12 to Denver; CB Malcolm Jenkins of Ohio State went No. 14 to New Orleans; and LB Brian Cushing of Southern Cal was selected No. 15 by Houston. Later, RB Donald Brown of UConn went No. 27 to New Orleans and WR Kenny Britt of Rutgers was chosen at No. 30 by Tennessee. “It’s good to have a New Jersey crew out there in the draft,” Moreno said the other day. “Coaches need to start recruiting up here in New Jersey a little more.”

Steve Antonucci, Moreno’s high school coach at Middletown South, added shortly after Moreno was selected: “I think it says a lot. New Jersey football gets a little bit of a knock sometimes, but I think we’re showing them today what New Jersey football is all about.” Some projected that Moreno would fall to No. 21 and go to the Philadelphia Eagles, but the Broncos gobbled up yet another Georgia tailback. Terrell Davis, another Georgia product, also played for Denver. “You know, a lot of teams needed [running] backs, but I didn’t know what was going to happen. But once I got that call, got that idea and [Head Coach Josh McDaniels) told me about it, about that they [the Broncos] were going to take me, I was so excited about the situation and to be a part of the team now,” Moreno said Said Antonucci: “Denver showed some interest. I had some early conversations with them. They worked him out two or three times. Everybody kept talking about the Eagles and the Jets but I was happy to see it go down with the Broncos.” 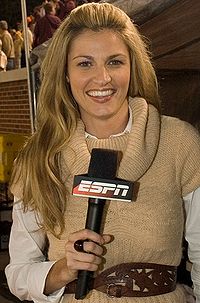 Cushing, who starred at Bergen Catholic in North Jersey and was on the cover of Sports Illustrated this past week, got the phone call from Houston just before he was picked. “I’m thrilled to be there, too,” Cushing told Erin Andrews of ESPN. “I was waiting a little while in the back room, but I kind of  expected that. But it’s the opportunity of a lifetime, I’m more than happy to do this.” Asked what the Texans saw in him, Cushing said:  “Just a versatile player. I can play any of the three linebacker positions. Just a hard-working guy, I feel no one will ever outwork me.” Brown, who led the nation in rushing at 2,083 yards and 18 touchdowns, went No. 27 overall to the Colts. he played Pee Wee football with Moreno on the Atlantic Highland Tigers.

“I’m happy, I’m relieved, I’m excited,” Brown said, according to Colts.com. Colts President Bill Polian called Brown, “A scintillating player.” “He catches the ball, blocks . . .” Polian told Colts.com. “We lost [veteran running back] Dominic Rhodes [as an unrestricted free agent]. We replaced him with Donald Brown.” He added: “He was, in our opinion, the best player left. Interestingly enough, everything went exactly as we thought it would.” Britt became the sixth Scarlet Knight drafted in the last three years, following second-round picks Brian Leonard (2007) and Ray Rice (2008).

“The Tennessee Titans are getting a tremendous person and player in Kenny Britt,” said Rutgers head football coach Greg Schiano. “Kenny proved to be one of the nation’s best college receivers and I’m sure he will have continued success as he makes the transition to the NFL. We are all very excited for Kenny and his family.” The nation’s second-leading receiver in yards per game in 2008, Britt finished his career as the BIG EAST’s all-time leader in receiving yards (3,043) in 34 games. “We knew as our program grew, this day would come,” added Schiano. “Having Kenny drafted in the first round is an exciting honor for both him and our entire program.” Britt ended the season with school records in single-season receptions (87) and receiving yards (1,371) to help guide Rutgers to its third consecutive bowl victory. (Photos courtesy SI, ESPN, NFL.com)

Mark Sanchez to the Jets