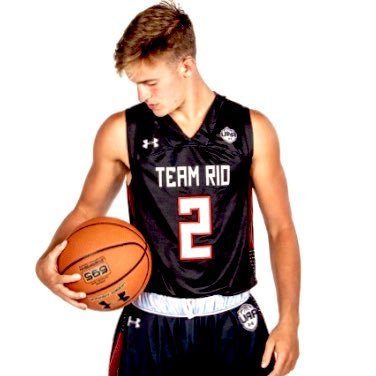 By JACOB POLACHECK Class of 2022 point guard Ben Roy says that eight schools are currently making him a priority. Roy, the 6-foot-2, 165-pound point guard from Manasquan (N.J.), told ZAGSBLOG Monday that George Washington, Stanford, Yale, Harvard, UConn, Fairfield, Holy Cross, TCU and Virginia Tech are in contact daily. Among the eight schools, George Washington, Fairfield and Holy Cross have extended offers. He broke down each school: George Washington: ” Their pitch to me is, obviously I’ll have to work for everything, but that I can come in and make an impact from day one. I really love them because they were the first school to really take a jump on me and take an interest in me. Them offering me as a freshman, I always keep it in the back of my head that they were the first to offer. The campus itself and they play in the Atlantic 10 with a great schedule, they’re a top-30 school in the world. It’s hard to beat that.” Fairfield: “They’re saying the same thing as George Washington. Playing in the MAC, you can make an impact from day one. They said that with my work ethic and the way I play, I could be the MAC player of the year if I wanted to be. That would be pretty cool. They said I could bring a lot of attention to the school and put them on the map.” Holy Cross: “Sam Ferry, their assistant coach, he’s a really good guy. He knows my uncle. He was just saying the same thing about making an impact from Day one in the Patriot league.  “Just like George Washington, they’re a really good academic school. I’m looking for the best academics and the best basketball possible. I feel like with all of these schools, I can get that.” Roy said he’s taking to account three factors when making his decision. “I want to go somewhere that I can feel at home and I feel a part of something. That’s the first part,” he said. “Second, I want the academics to be just as good as the basketball. I really take things seriously in the classroom, so I feel like the school that I go to should take it seriously as well. “I just want the opportunity to play. I don’t want to go somewhere and sit the bench for three years before maybe my senior year play. I’m not saying automatically, but I want the opportunity to work towards that spot.” Ranked as the No. 40 point guard in the Class of 2022 per 247Sports.com, Roy describes himself as a ‘high IQ point guard’. “I really look to get my teammates involved just as much as I want to get myself involved,” he said. “I think my pick-and-roll game is probably my best feature. With my vision and ability to make decisions off the roll.  “I can shoot at a high level and finish at a high level,” he said. “My known, go-to move is my floater. Being able to go down the lane and shoot over a 7-footer is one of my best attributes.” Follow Jacob Polacheck on Twitter Follow Adam Zagoria on Twitter Follow ZAGSBLOGHoops on Instagram And Like ZAGS on Facebook