Kansas head coach Bill Self: 'Nobody in America had a better season than we did' | Zagsblog
Follow @adamzagoria

Kansas head coach Bill Self: ‘Nobody in America had a better season than we did’ 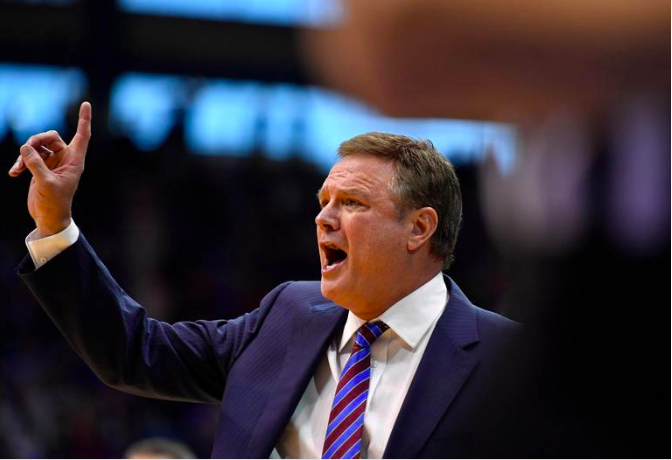 By JACOB POLACHECK With the NCAA Tournament and power conference postseason tournaments canceled, Kansas head coach Bill Self says his team had the best season in college basketball this year. “Everyone can make their own case for their own season but nobody in America had a better season than we did,” Self said during a media teleconference Monday. The Associated Press is set to release its final poll for the 2019-20 college basketball season on Wednesday and the Jayhawks will presumably be ranked No. 1 in the country. With the lack of an NCAA Tournament, Self was asked about whether AP poll should determine this year’s national champion. “This would be the year I would be all in favor [of it] because I think there would be a great chance we’re No. 1 in all the rankings whenever they’re turned in,” he said. “But that’s not the way it’s drawn up. If it was done that way in the past, I certainly can understand why. Circumstances were different. And it was done in a way where it was determined to be done that way well in advance as opposed to being an afterthought because of a pandemic that no one has control over.” The Jayhawks went 28-3 (17-1 Big 12) in the regular season and won the Big 12 regular season title for the 15th time in the last 16 years.  “This team deserves as much credit as any team I’ve ever coached,” Self said. “And to think it could kind of get lost is very disappointing. We have to find a way to make sure that doesn’t happen.”  If KU would have been selected as the NCAA Tournament’s No. 1 overall seed, the Jayhawks would have the choice between Houston and Indianapolis for their regional games. Self said that had the NCAA Tournament been played, KU would have gone to the South Region and Houston, citing rest as the main reason as the Jayhawks would have played Friday/Sunday. “It was Friday/Sunday,” he said. “When you have a team that’s dealt with as many nagging injuries as we have, playing Friday/Sunday and turning around and playing Thursday/Saturday didn’t seem near as attractive.” “With the practice schedules that we had, we had one player who, if we played on Sunday, he wouldn’t have practiced again at the earliest until Wednesday. So that extra day, we thought, could be very beneficial to us.” Self also said that the handful of coaches he talked with last week were hopeful that the NCAA Tournament could have been postponed and played at a later date. “We weren’t in favor of canceling, we were in favor of postponing,” Self said. “But the reality is the only decision that could be made was made. And if it had been postponed instead of canceled, we would’ve still come to the same conclusion this Monday that we need to go ahead and cancel. It’s just one of those unfortunate things that we have to be a part of, but the health of our country and society and the responsibilities of a citizen definitely take precedent over an NCAA Tournament.” Self also said that all his players have gone home except for Udoka Azubuike and Silvio De Sousa. “Silvio and Udoka are both on-campus and at this point in time, plan to stay on campus,” Self said. “Everybody else is with their families, including Tristan [Enaruna]. Tristan got home to the Netherlands last night.” Photo: KC Star Follow Jacob on Twitter Follow Adam Zagoria on Twitter And Like ZAGS on Facebook

Darius Perry to Transfer From Louisville