After taking official visits to UConn and Kentucky in recent days, Roselle (N.J.) Catholic point guard Isaiah Briscoe is moving toward a possible fall decision after originally planning to sign in the spring.

“I might push it up a little bit,” Briscoe said of his timetable for a decision during a phone interview Wednesday evening.

Briscoe enjoyed both trips to UConn and Kentucky. One is the defending NCAA champion and another is the favorite to cut down the nets in 2015.

Jawun Evans, arguably the top point guard in the Class of 2015, announced his commitment for Oklahoma State on Wednesday.

The 6-foot point guard out of Dallas (TX) Kimball chose the Cowboys over USC and Illinois after visiting Oklahoma State this past weekend.

“Jawun Evans has the ability to make a huge impact from the point guard position on the next level,” Kimball coach Nick Smith told SNY.tv. “He’s a floor general on the court. He will make things easier as being the extension of the head coach on the court.

“Jawun can not only score when needed but he will make things easier for his teammates by setting them up and getting them the ball in areas where they can score easier. I look forward to coaching him this last season and watching him play next season.”

Thon Maker Could Still Reclass, Be Top Pick in 2016 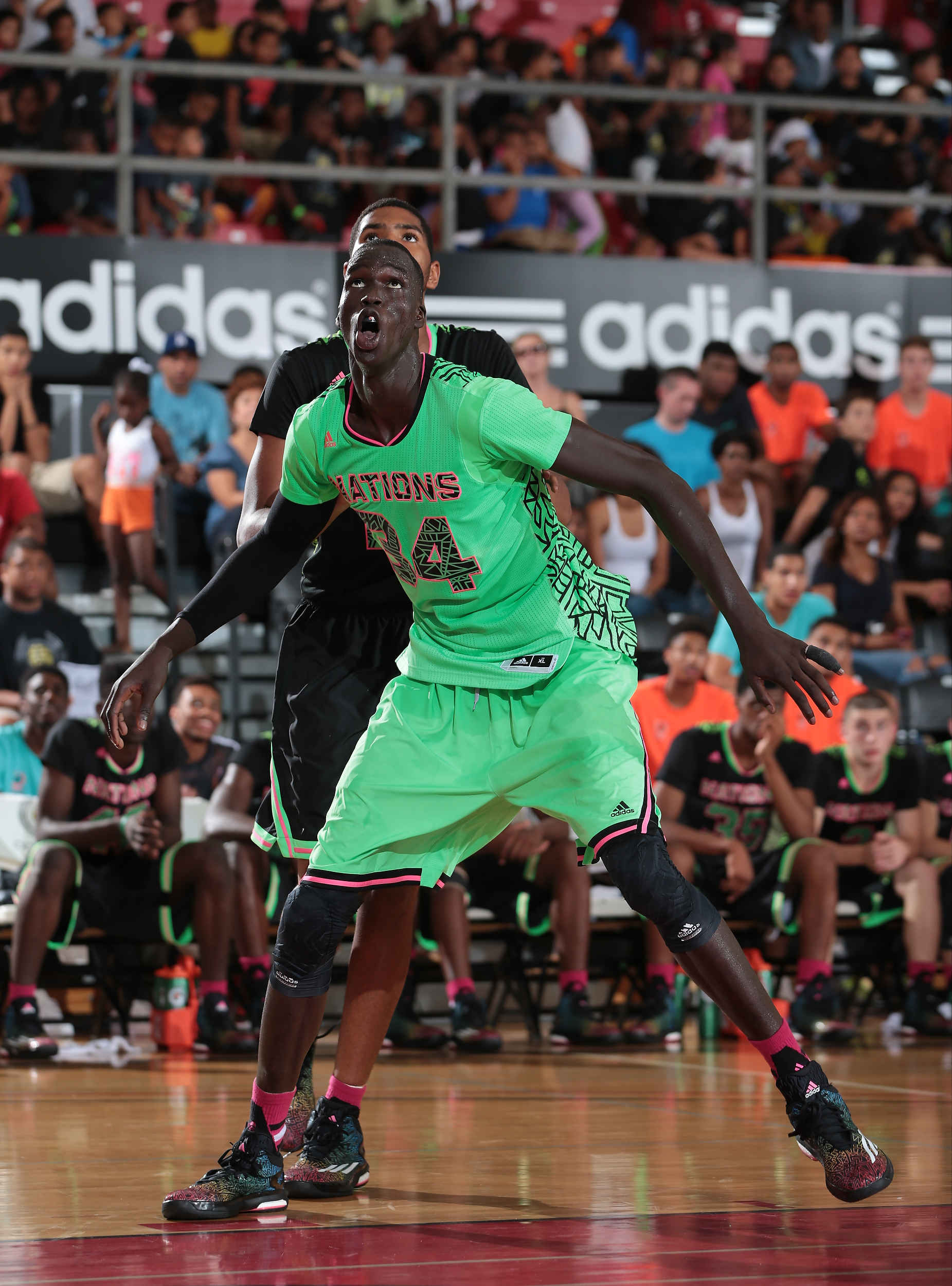 Thon Maker is settling in at his new school, Athlete Institute in Orangeville, Ontario, and could still reclass to 2015, which would make him eligible for the 2016 NBA Draft where he could be the No. 1 overall pick.

“The system here is similar, it’s Western education, similar to Australia in terms of the interpretation and so forth,” his guardian, Ed Smith, told SNY.tv by phone this week.

“We came here for the basketball, for him to get better, and for him to finish up well in school.”

Smith said it remains undetermined whether the 7-foot Maker will reclass to 2015, but it remains possible, meaning he could be on a college campus next fall and in the NBA by 2016, when he turns 19.