Josh Harrellson probably won’t be a difference-maker for the Knicks.

But the former Kentucky standout says he’s ready to do whatever dirty work is needed to help Carmelo Anthony and Amar’e Stoudemire win games.

Kentucky coach John Calipari who led the Wildcats to the school’s 14th NCAA Final Four appearance last season, has been given an eight-year contract worth a total of $36.5 million plus the opportunity for performance-based incentives, the school announced Monday.

Calipari had been linked to the Knicks as a potential successor to Mike D’Antoni, who has one year remaining on his contract.

“What John Calipari has done on and off the court in the past two years to reunite and rejuvenate this fan base has been magical,” AD Mitch Barnhart said. “He understands the responsibility that goes along with this position and there is no other coach out there that is a better fit for the best basketball program in the country.” Rutgers rising sophomore forward Gilvydas Biruta scored 10 points on 4-of-4 shooting and had six rebounds in 14 minutes to help the Lithuania U20 National Team to a 101-72 victory over the United States U19 National Team in an exhibition game Sunday evening.

Lithuania jumped out to a 32-8 lead to conclude the opening quarter and never looked back. Lithuania made 49.3 percent (33-67) of its field goals attempts for the game, while limiting the United States to 35.5 percent (27-76) shooting. The hosts also established a 53-42 advantage in rebounds to ensure the victory.

Biruta was one of six players to post double figure scoring totals for Lithuania. Darius Tarvydas shot 7-of-11, including 4-of-7 from behind the arc, to score a game-high 21 points. 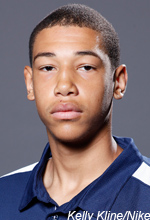 While his NBA counterparts are dealing with the looming lockout in New York City, Amar’e Stoudemire is in Chicago at his annual Nike Skills Academy.

Stoudemire is tutoring some of the top big men in the nation, including Brandon Ashley, a 6-foot-8, 215-pound forward who will attend Findlay (Nev.) Prep next season.

“We’re doing a lot of cool stuff,” Ashley, the No. 5 power forward in the Class of 2012 per Rivals, said Saturday by phone. “A lot of stuff on post moves and everything. He’s teaching us how to get through the pick-and-roll and how to defend it. A lot of simple stuff that’s going to take us a long way.”

Jeremy Lamb of UConn and James Bell of Villanova were named to the 12-man roster for the USA U19 World Championship Team.

The USA squad, featuring five players with prior USA Basketball experience, will look to defend the gold medal won by the U.S. in 2009 at the 2011 FIBA U19 World Championship.

Who Got the Worst of It, Kemba or Jimmer?

Both hail from the Empire State.

Both were chosen in the Top 10 of Thursday’s NBA Draft.

And both are headed to bad teams with opposing problems.