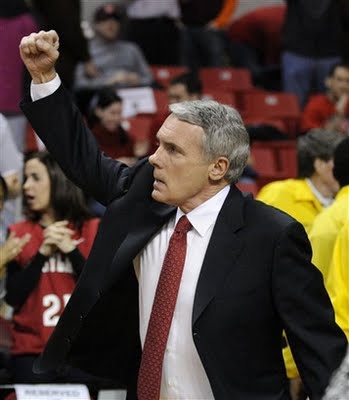 “It’s the right time,” Williams said. “My entire career has been an unbelievable blessing. I am fiercely proud of the program we have built here. I couldn’t have asked any more from my players, my assistant coaches, the great Maryland fans and this great university. Together, we did something very special here.”

Williams is the fifth winningest active coach in the country, and third in the Atlantic Coast Conference behind only Dean Smith and Mike Krzyzewski. In his 33 years as a head coach, he amassed an overall record of 668-380 (.637) and 461-252 (.646) at Maryland.

Gibbs, Faust Will Seek Releases in Wake of Retirement

Maryland signees Sterling Gibbs and Nick Faust will seek releases from their National Letters of Intent in the wake of the news that head coach Gary Williams is retiring.

“Yes, I will reopen with Nick Faust,” Gibbs, a point guard out of Seton Hall Prep, said by text.

Both will have to get permission from the school to look elsewhere after signing NLIs, something that has become more common in recent years.

“It used to be that even if the school granted them a release it was only a conditional release,” said New York recruiting expert Tom Konchalski. “They couldn’t play the following year and they’d only have three years of eligbility.

Rodney Purvis remains wide open after decommitting from Louisville, according to his AAU coach, Tony Edwards of the CP3 All-Stars.

“I don’t think anyone has an advantage right now,” Edwards said Thursday by phone. “They [the family] just want to see what can be established with someone.”

“Right now no visits are scheduled,” he said. “He probably won’t do any visits for a while. He and his family are just focused on getting better. He has a few more weeks of school left and finals and everything coming up.

“He has a couple of courses this summer which is part of the reclassification into 2012. He has to take those. The basketball recruiting is the last thing on their list of things that are important as far as Rodney and his family.”

Here’s the updated player list for this weekend’s NBA Combine at the Nets facility in New Jersey: One of Paul Hewitt’s first priorities after taking the George Mason job was to come to the New York area and meet with commits Vaughn Gray of St. Benedict’s and Corey Edwards of Christ the King.

The former Georgia Tech coach met Wednesday with both players and both will remain committed to George Mason.