// Check out this video piece

After West Virginia coach Bob Huggins suspended guard Casey Mitchell Monday for a violation of team rules, the Mountaineers are down to eight scholarship players.

Mitchell, a 6-foot-4 guard from Savannah, Ga., who was the 2009 national junior college player of the year at Florida’s Chipola College, was the team’s leading scorer, averaging 16.6 points and 3.6 rebounds per game.

Mitchell had started 17 of the team’s 18 games and averaged 28 minutes.

NEW YORK — The Melo Drama may be on hold, but the Knicks still have other needs.

“Well, we can use another big man, that’s for sure,” Knicks president Donnie Walsh said Monday before the Knicks beat the Wizards, 115-106, at MSG.

The Knicks currently use Amar’e Stoudemire, Ronny Turiaf and Wilson Chandler at the four and five spots. 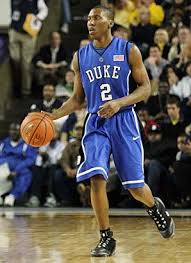 Ever since Duke freshman point guard Kyrie Irving went down with a toe injury Dec. 4, Nolan Smith has elevated his game to a new level.

The Duke senior is on pace to become the first player in the history of the Atlantic Coast Conference to lead the league in both scoring (20.1 ppg) and assists (5.6 apg).

In a National Player of the Year poll on ZAGSBLOG.com, Smith currently ranks third in voting (10 percent) behind UConn’s Kemba Walker (43 percent) and BYU’s Jimmer Fredette (41 percent). Nearly 1,300 votes had been cast as of Monday afternoon.

Freeman captures Big East Player of the Week honors for the first time in his career after scoring a game-high 28 points to lead Georgetown to an 80-75 win at Seton Hall in the Hoyas’ only game of the week.

He shot 10-of-13 from the floor, including 3-of-4 from 3-point range. Freeman made all five of his free throw attempts, pulled down five rebounds and dealt three assists while committing only one turnover in 35 minutes. Freeman, who is from Mitchellville, Md., is averaging 18.5 ppg, which ranks third in the Big East. 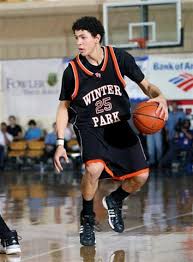 The Gazelle Group announced the launch of a high school boys basketball invitational tournament – the All-American Championship – which will take place annually during the Final Four weekend.

“This is an idea whose time has come,” said Rick Giles, president of The Gazelle Group. “The nation’s focus is on basketball during March and the first weekend of April and there is no better way to increase that focus than to bring the nation’s best high school basketball players to the city of the men’s collegiate basketball championship to compete in what will be one of the premier events of its kind in the country.”