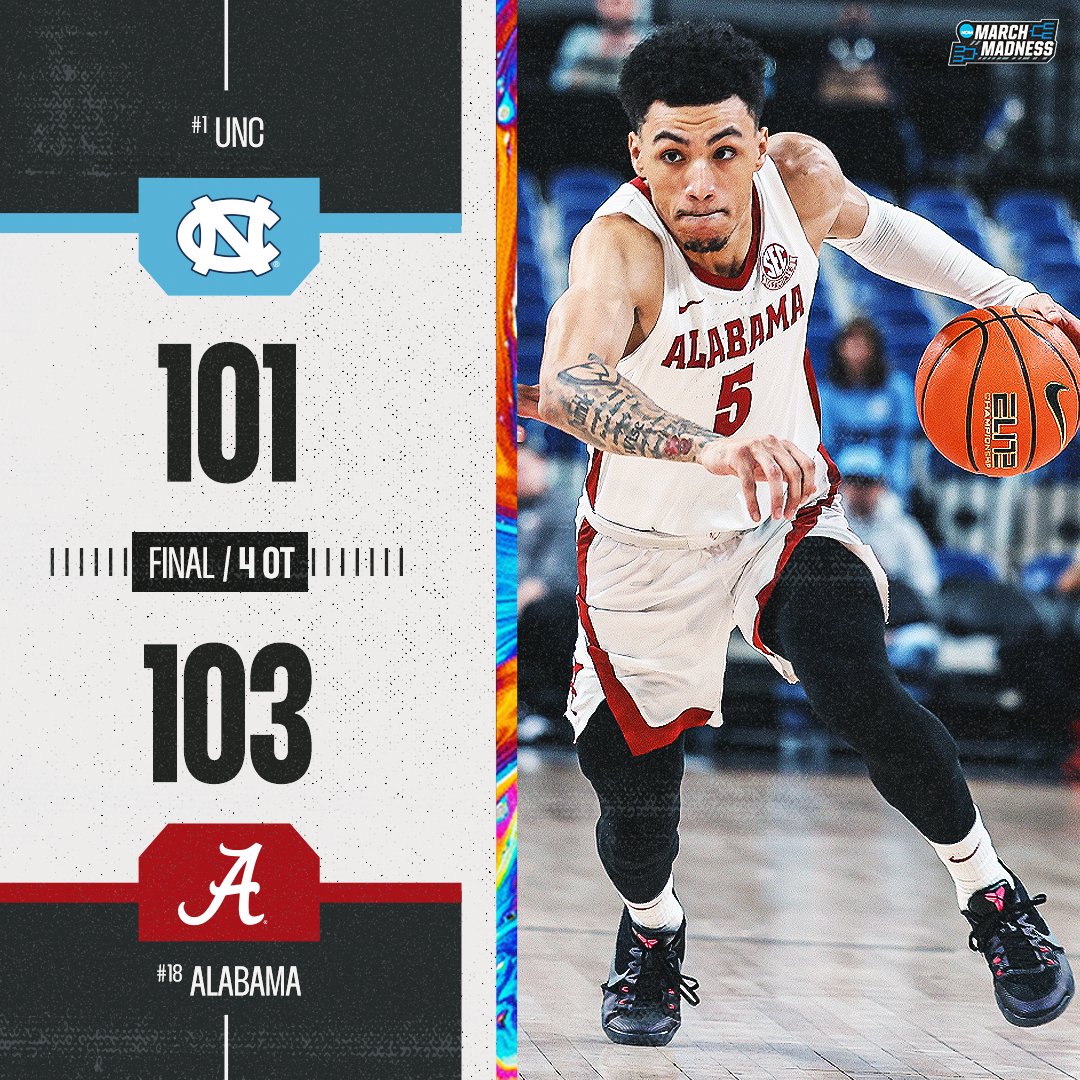 By CHARLIE PARENT No. 18 Alabama took down North Carolina 103-101 on Sunday in a quadruple-OT thriller at the PK Invitational that is an early candidate for game of the year in college basketball. Jahvon Quinerly, a New Jersey native, had 21 points off the bench for the Tide as Mark Sears added 24 as well. Big-man Charles Bediako chipped in with 14 points, 16 rebounds, and three blocks. “Credit to all my teammates,” Quinerly told ESPN. “We really fought… four overtimes that’s crazy and credit to my all my teammates because it’s the work that we put in.”

Coach Nate Oats and Alabama beat Michigan State and UNC this week, propelling them to 5-1 on the year after a loss to No. 20 UConn on Friday. Sunday’s win marks the fourth overall win against a No. 1 team in program history. Despite 34 points from junior guard Caleb Love, North Carolina picks up their second straight loss as the No. 1 ranked team, following a 70-65 defeat Friday to Iowa State. UNC, which figures to fall in Monday’s AP Poll, will visit No. 11 Indiana in the ACC/Big Ten Challenge on Wednesday. The Tide will face South Dakota State next Saturday at home. Follow Charlie on Twitter Follow Adam Zagoria on Twitter Follow ZAGSBLOGHoops on Instagram And Like ZAGS on Facebook