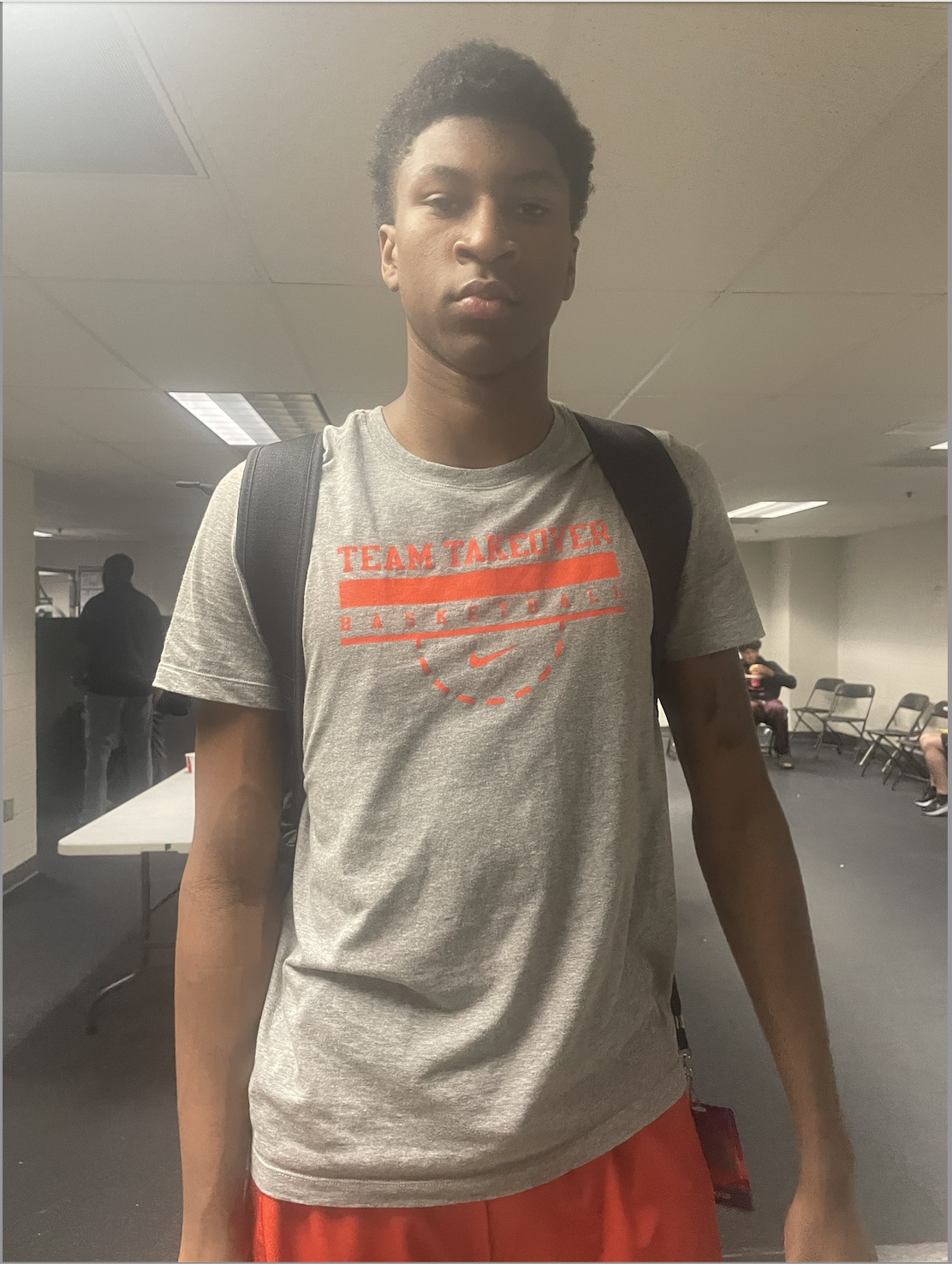 By JACOB POLACHECK Class of 2024 four-star forward Donnie Freeman is down to five schools and is targeting a December commitment, he tells ZAGSBLOG. The 6-foot-9, 200-pound power forward from St. John’s (DC) College, is down to Iowa, Maryland, Rutgers, LSU and Texas. “If everything goes as planned, hopefully I’ll commit sometime in December,” Freeman said by phone. “I’m not rushing it, but if everything goes as planned, I’ll commit sometime in December.” He broke down his five options: Iowa: “Anybody who knows Coach [Fran] McCaffery personally knows that he’s a really genuine person. He’ll tell you how it is. He doesn’t sugarcoat anything. He has so much respect for the game and a great track record. It’s hard to turn down a coach of that stature. He’s been the most active head coach. Usually, when schools are recruiting me, I’ll talk to the head coach pretty often, but it’s usually the assistant that’s reaching out. Every time I talk to Iowa, it’s been Coach McCaffery. That’s really what stood out to me. When the head coach is your main recruiter, that’s how you know the school is really thinking about you.” Maryland: “They’re the hometown school. They’ve been recruiting me for a long time. They have a new staff, but the Maryland program in general has been recruiting me since eighth or ninth grade. What Kevin Willard is doing is incredible. I’ve built a great relationship with Coach [David] Cox. I’ve been on campus a bunch of times. I’m really comfortable with the campus, really comfortable with the staff.” Rutgers: “Kind of the same thing with Coach [Steve] Pikiell. If you know him personally, he’s a great dude. He’s full of energy and his energy is contagious. His commitment to the work is insane. He’s do dialed in at Rutgers. His commitment to that was really attractive to me. When I got up there, it just felt like a family. With Coach [Karl] Hobbs being my main recruiter, he’s formed a good relationship as well. It’s really fun.” LSU: “I’ve liked LSU for a while. They were kind of late to the party recruiting-wise. I was waiting to hear from LSU for a while. The atmosphere in Baton Rouge for sports is just crazy. That’s what you’re really looking for in a college as a college athlete. That’s really attractive to me. Talking to the head coach [Matt McMahon], he’s a genuine guy. He kind of got thrown into a bad position when he took the job, but he’s made the best out of it. There are also a couple of DMV guys on the staff and on the team.” Texas: “I grew up watching Texas with Mo Bamba, [Kevin] Durant, Greg Brown and all those guys. I’ve been watching Texas basketball for a while now, so being recruited by them is really cool. Chris Beard is a high-energy coach. Bob Donewald has worked with some of the best guys. He worked with LeBron [James] his rookie year. Texas is a very attractive school. Everybody is pushing to be better, not just the coaches, but the students and everyone. Everybody is pushing you to be better to get to the next level.” Freeman has taken visits to all five schools and said he is planning a visit to LSU. “If I do take another visit, it’ll be to LSU,” he said. As far as the factors for his decision, Freeman said he “wants to be pushed.” “Even though I might not like it sometimes, I need a coach that’s going to get me to the next level no matter what,” he said. “I need a coach that’s going to push me. I still want to feel at home. When it came to the schools, I didn’t want to chase the bright lights and the big schools with the big names. I wanted to go to a school that’s right for me.” According to On3Sports Consensus, Freeman is ranked as the No. 6 power forward and No. 37 overall prospect in the class of 2024. “Anytime you see me play, I’ll bring energy with a little trash talking here and there,” he said. “I’m a team player and I’ll do whatever needs to be done. I’m versatile and I guard the best player. I can take it out in the post. I can do anything in my game. That’s what separates me from a lot of players.” Follow Jacob Polacheck on Twitter Follow Adam Zagoria on Twitter Follow ZAGSBLOGHoops on Instagram And Like ZAGS on Facebook