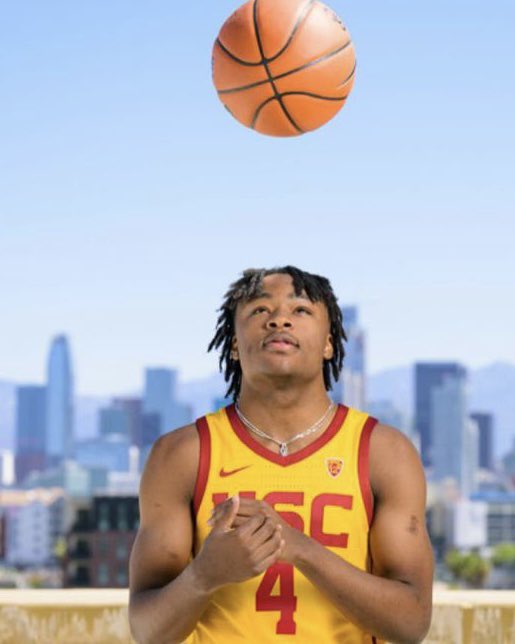 By ADAM ZAGORIA & CHARLIE PARENT Isaiah Collier, the No. 1 ranked point guard in the Class of 2023 per 247Sports.com, is headed to USC. “It’s like a family atmosphere,” he said during his commitment. “LA is LA, it has everything.” The 6-foot-3 five-star Class of 2023 point guard from Marietta (GA) Wheeler chose the Trojans over Cincinnati, Michigan and UCLA. He visited USC in May. “They are in California, and they put people in the league,” Collier told Jamie Shaw of On3 before his announcement. “I see their guard development. Coach (Andy) Enfield coached at Florida Gulf Coast; that’s Dunk City right there. They get out in transition. They are getting players every year, and they are getting people drafted every year.”

Collier joins point guard Silas Demary Jr. and power forward Arrinten Page in USC’s 2023 class. They also remain in the mix for Bronny James, who is expected to sign in the spring. The USC women on Tuesday also landed Juju Watkins, the No. 1 women’s recruit in the nation out of Sierra Canyon (CA). Follow Adam Zagoria on Twitter Follow ZAGSBLOGHoops on Instagram And Like ZAGS on Facebook