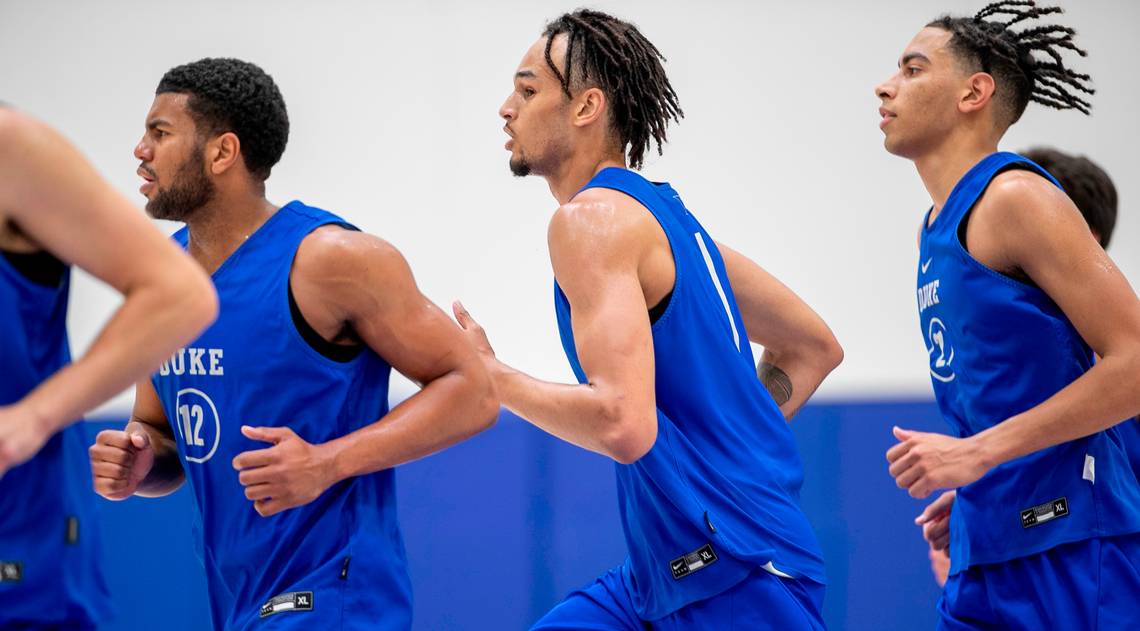 By ADAM ZAGORIA More than 75 NBA personnel from all 30 NBA teams are expected on Tuesday for the Champions Classic in Indianapolis, a source close to the event told ZAGSBLOG. No. 4 Kentucky faces Michigan State at 7 p.m. ET, followed by No. 5 Kansas against No. 7 Duke in a game that won’t include Bill Self, who is serving a 4-game suspension in the wake of self-imposed penalties following the school’s involvement in the 2017 FBI investigation into bribery in college basketball. Both games will air live on ESPN. According to the latest ESPN.com NBA mock draft, Duke freshmen Derrick Lively II and Dariq Whitehead are the No. 6 and 11 picks in next year’s draft, respectively. Whitehead (fractured foot) has yet to play this season. Fellow freshman forward Kyle Filipowski is at No. 23. Lively and Whitehead are the top two prospects in the Class of 2022, per ESPN.

ICYMI: Every bucket from the dub over FSU!

Paolo Banchero, the former Duke forward who played in last year’s Champions Classic, was the No. 1 pick of this year’s draft by the Orlando Magic and has been playing very well in the NBA. Kentucky freshman guard Cason Wallace is the projected No. 13 pick in this year’s draft, while freshman forward Chris Livingston is No. 27. Kentucky big man Oscar Tshiebwe, the reigning consensus national player of the year who has not played this season after undergoing a “minor” procedure on his knee last month, is at No. 39. Forward Daimion Collins is at No. 42. Kansas freshman shooting guard Gradey Dick is projected at No. 18, and forward Kevin McCullar is No. 53. Michigan State, which lost 64-63 to No. 2 Gonzaga on Friday night, does not have any projected draft picks. Follow Adam Zagoria on Twitter Follow ZAGSBLOGHoops on Instagram And Like ZAGS on Facebook