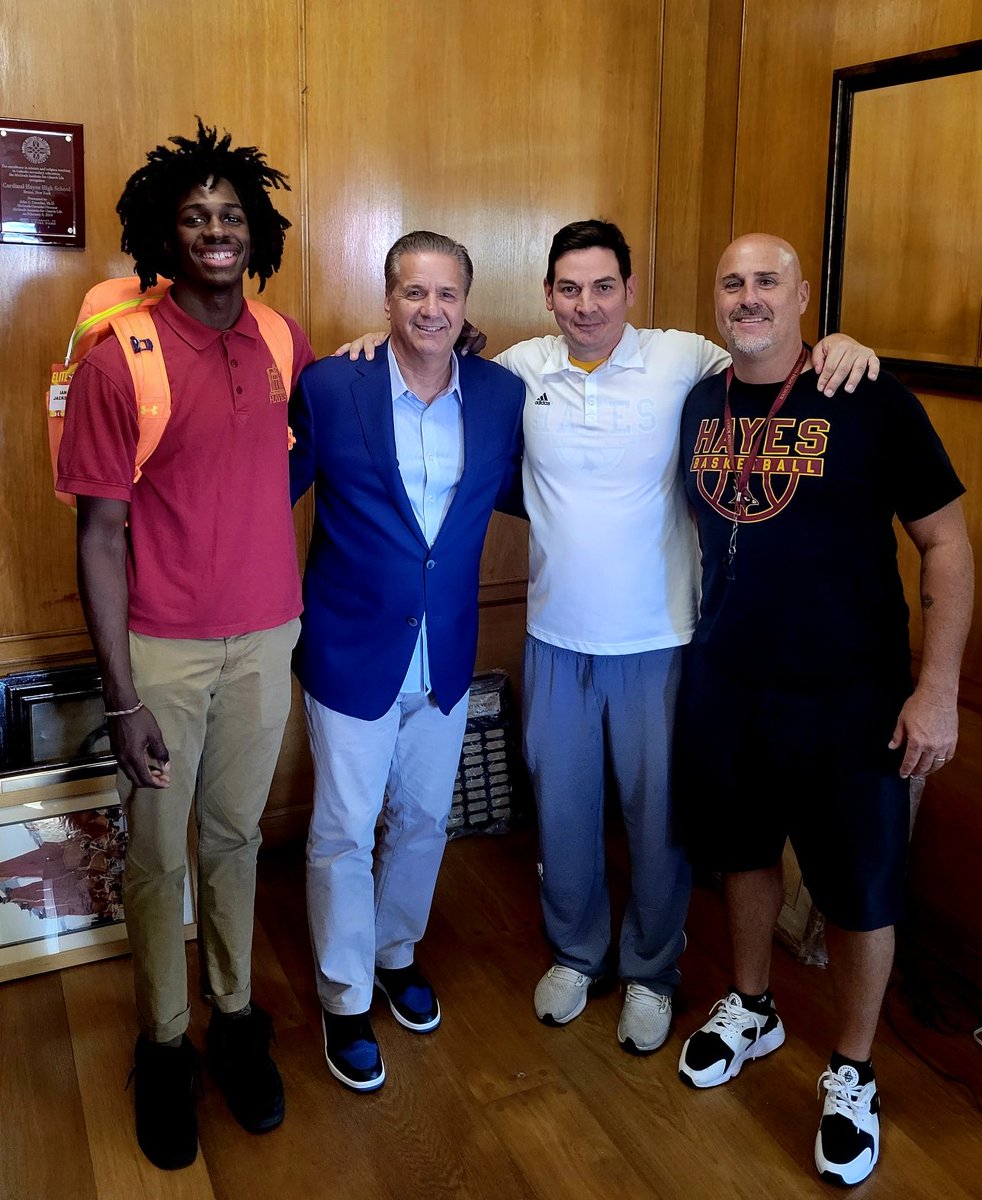 By ADAM ZAGORIA Kentucky coach John Calipari has two of New York’s biggest high school hoops stars in his sights. Calipari and assistant Orlando Antigua visited this week with Class of 2024 stars Boogie Fland at Archbishop Stepinac and Ian Jackson at Cardinal Hayes, the same school that produced former Kentucky star Jamal Mashburn. The 6-foot-4 Jackson is ranked the No. 2 overall prospect in 2024 by 247Sports.com — and was invited to the USA Basketball mini -camp in Colorado Oct. 7-10 — while the 6-3 Fland is No. 12. “Coach Cal’s message was him just figuring out what I wanted from basketball and when I told him what I wanted from this sport he said he believes he has all the tools to help me achieve those goals,” Jackson, who runs with the Wiz Kids AAU program, told ZAGSBLOG.

The high-flying Jackson’s goal is to not only reach the NBA, but to stick and make an impact. “Not only getting there but getting to my second and third contract and being the best player in the league,” Jackson said. Added Cardinal Hayes coach Joe Lods: “Coach Calipari had a tremendous aura of leadership and certainty about him. He spoke to Ian about how difficult the path to the NBA is at an early age, but reassured him that he had the blueprint and an excellent record of playing and developing young players. He interacted with our players and our faculty and it was a pleasure to have him at Hayes. Ian was overwhelmingly impressed with both Coach Calipari and Coach Antigua.” Jackson has a visit to North Carolina on Nov. 11 and said he’s “trying to schedule a visit” with Kentucky.

Calipari and Antigua were at Stepinac Monday for Fland, who has had a parade of coaches come through for him and will visit North Carolina Sept. 30. “It’s exciting seeing them on the sidelines, it just means I gotta play up to expectations,” Fland, who plays for the PSA Cardinals, said of the coaches coming to open gyms. “It’s just excitement , I enjoy it.” This summer Fland and Jackson teamed up to help the USA U17 team win the gold medal at the FIBA World Cup in Spain. “I had to bring it all summer, I had to bring it all year round and I felt it just helped me grow as a person,” Fland said. Follow Adam Zagoria on ZAGSBLOG Follow ZAGSBLOGHoops on Instagram And Like ZAGS on Facebook