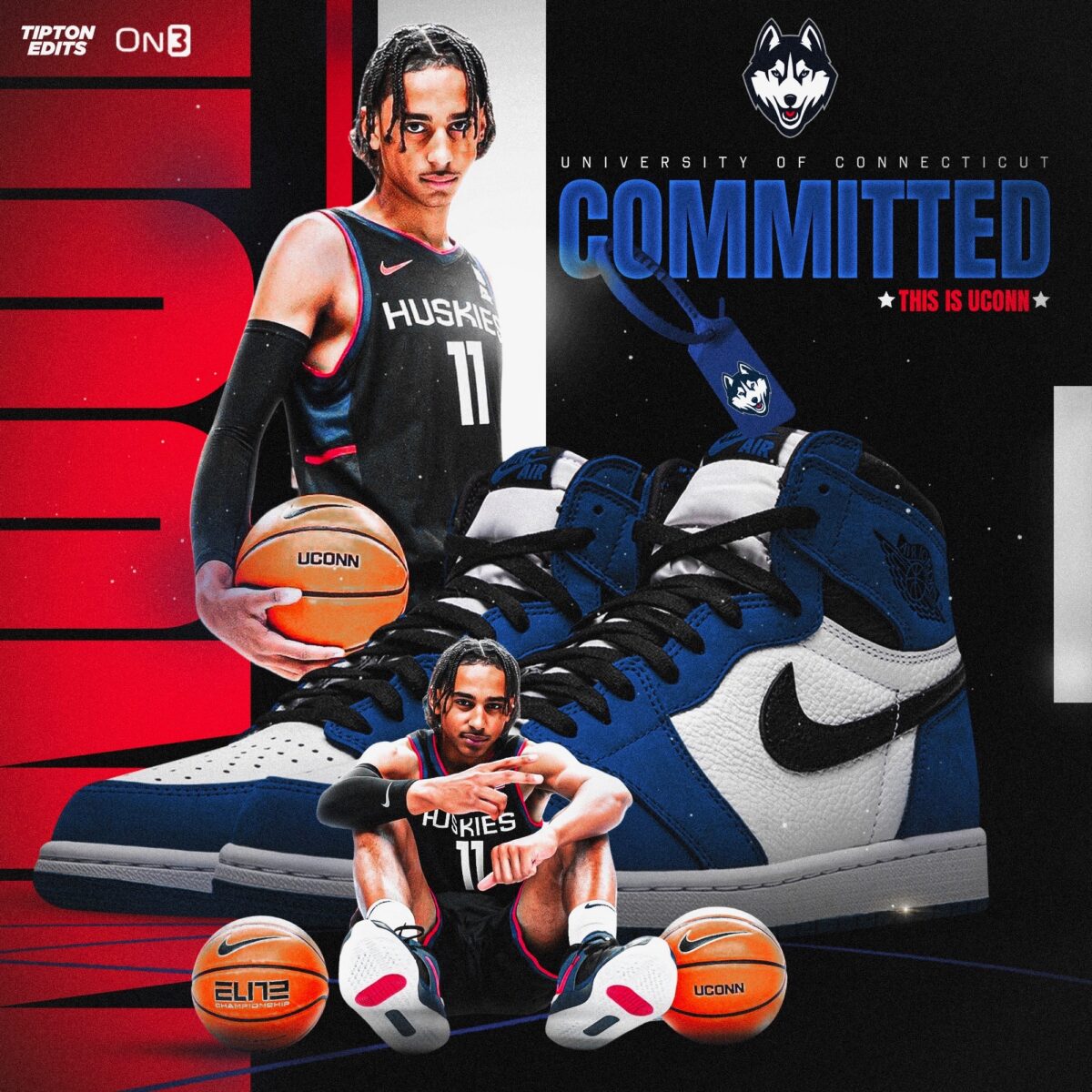 By ADAM ZAGORIA Jayden Ross, the 6-foot-7, 183-pound Class of 2023 small forward from the St. James School (VA) and Team Melo, committed to UConn on Monday. He chose the Huskies over George Mason, Temple, Penn State and Virginia Tech following a recent visit to campus. “They see me as a great wing addition,” Ross told ZAGSBLOG ahead of his public announcement. “[I’m a ] shooter, scorer, defender, and more. They also believe they can develop me to be an even better all-around player by improving my strength and skill in some areas. I believe I can score at all 3 levels, continuously getting better at defense, as well as athletic.”

This🧵takes a close look at what he'll bring to his choice.

He took a trip to the Big East school June 14-15. “The UConn visit was great,” he said. “I loved the campus, coaches, facilities, players, etc. It was a great experience.” Ross was a 6-foot tall spot-up shooter during the 2020-21 season on his public school team at Osbourn Park High School and then sprouted up during the COVID shutdown of various leagues. He transferred to Saint James after his freshman season. “Jayden is still adjusting to a large growth spurt during the 2020-2021 school year,” said Saint James School coach Kevin Breslin said. “He was a 6’0 dangerous spot up shooter with range and a shifty handle. Those skills gave him the foundation to be a great high school player but the added length has made him a terrific college prospect who plays above the rim. He’s humble and hardworking and has the right attitude to put it all together.” Ross is UConn’s second commit in 2023 after point guard Stephon Castle. They Huskies also hosted Class of 2023 Sunrise Christian (KS) wing Scotty Middleton on a visit last week. “After watching Jayden for the past two AAU seasons with Team Melo, he has developed and grown with his game,” said Team Melo coach Jerard Rucker. “His confidence is extremely high due to his work ethic and maturity. Jayden’s potential is through the roof. He’s like a Swiss Army knife. He can dribble, shoot, and pass and possesses great length at the wing position.” Follow Adam Zagoria on Twitter Follow ZAGSBLOGHoops on Instagram And Like ZAGS on Facebook