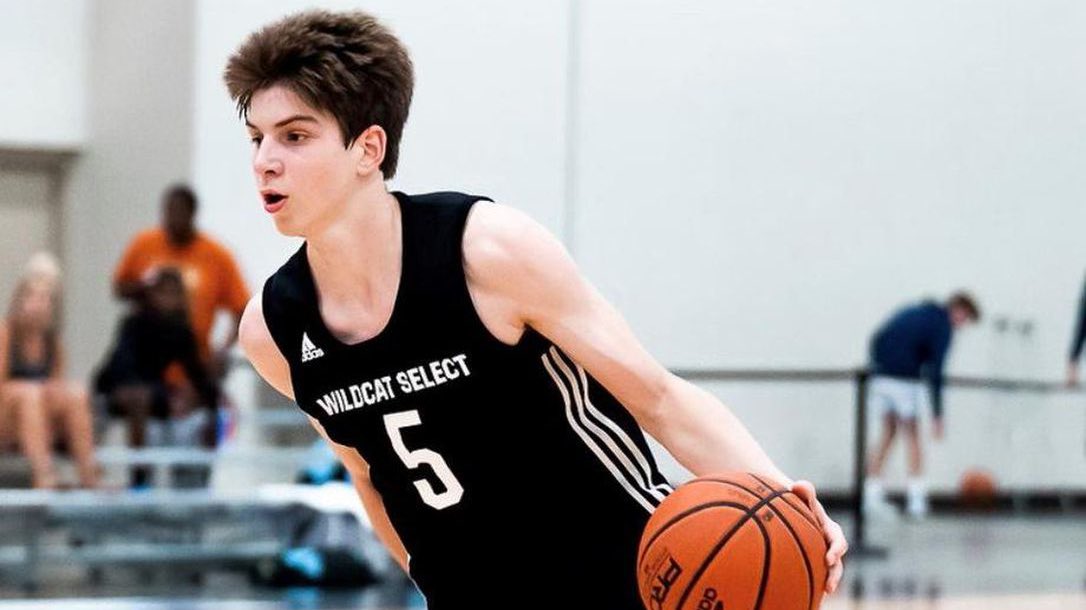 By ADAM ZAGORIA BLAIRSTOWN, N.J. — When college coaches could being calling Class of 2024 prospects, Canadian point guard Jacob Theodosiou heard from a slew of schools. Dayton, Villanova, Harvard, Longwood, Western Michigan, Appalachian State, Indiana, Loyola-Chicago, Yale, Old Dominion, and Ohio all hit him up. Dayton and Villanova are standing out early for the 6-foot-4 guard from Western Reserve Academy (OH). “I’m looking to get up to Dayton to take a visit and then Villanova as well,” he said at the Mid-Atlantic Independent School Team Camp at Blair Academy. “Those are the two in the works right now.” Villanova assistant Mike Nardi watched Theodosiou for several games at Blair. “I just feel like the style of play, the way they play really fits how I play,” he said. “I watched a lot of Collin Gillespie, just the way he passes and shoots really fits my game. So I try to model after that. “It’s been one of my dream schools for sure.” He said Villanova was “probably at the top of that list” of dream schools. Dayton is also in hot pursuit with assistant Sean Damaska on hand all weekend. “I really like coach [Anthony] Grant, he’s just a great dude, a a great coach,” he said. “They saw me play at 3SSB [with his AAU team, Wildcat Select] and that’s when they offered me. They know what they’re doing.” “I’m a point guard for sure but I’m a little bit taller guy so I can play the two as well,” he said. He remains class of 2024 but said he would “definitely consider” reclassifying to 2023. “I want to commit by the fall or summer [of 2023] depending on what my option are,” he said. For now he’s headed to the Canada U17 National Camp to prepare for the FIBA World Championship in Spain. Follow Adam Zagoria on ZAGSBLOG Follow ZAGSBLOGHoops on Instagram And Like ZAGS on Facebook