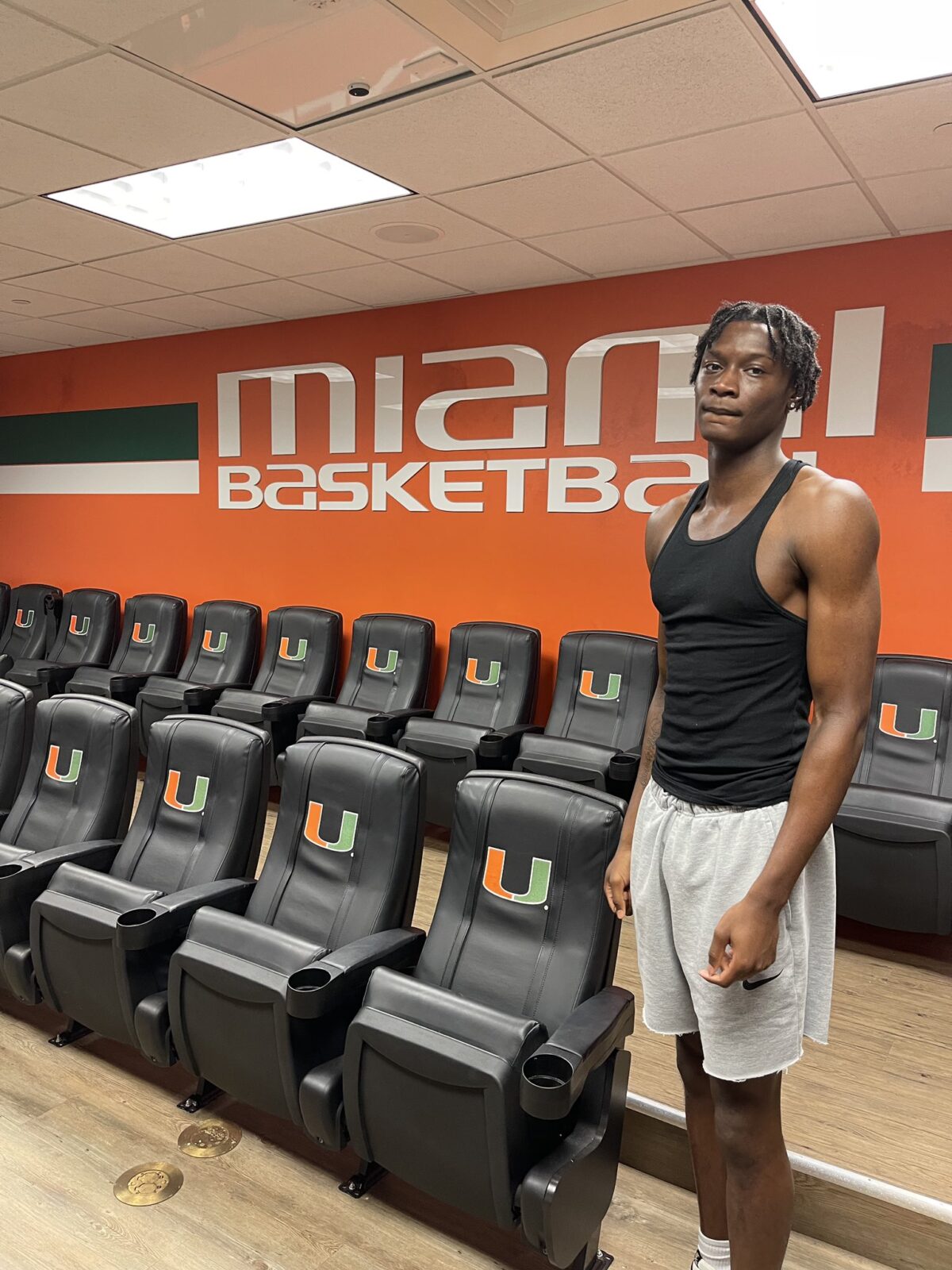 By ADAM ZAGORIA SKILLMAN, N.J. — Akil Watson, the 6-foot-9 Class of 2023 forward from Roselle (N.J.) Catholic and the New Heights Lightning, took an unofficial visit to Miami this past week along with his younger brother Tarik Watson, a 6-9 2024 forward. Akil Watson is ranked the No. 9 power forward in the 247Sports.com Composite rankings “The Miami visit went well, it was an unofficial but it went well,” James Watson, the players’ father, said at the Jersey Live event Saturday at Montgomery High School. “Coach L [Jim Larranaga] has been on Akil for a minute now, so the visit went really well. We got to see how they run a practice, it was only like their second practice so he was real diligent with making sure the guys know what they were doing. It was a great facility, great campus atmosphere. Coach L always preaches the family so that’s right up our alley.” Asked if he feels Miami is prioritizing Akil, James said, “They’re up there, they got a few things going on, so we just gotta make sure the fit is right, the timing is right. That team’s been on Akil all year long, so things are looking good.” While in Miami, the Watsons got to work out with NBA Draft prospects like Collin Gillespie of Villanova, Justin Minaya of Providence and others. Watson also holds offers from Florida State, USC, Maryland, Illinois, Providence, Georgetown, UConn, Seton Hall, Auburn, Creighton, St. John’s and Nebraska. “We got three or four visits coming up in August and September,” James said. “The dates aren’t clear yet.” Follow Adam Zagoria on Twitter Follow ZAGSBLOGHoops on Instagram And Like ZAGS on Facebook