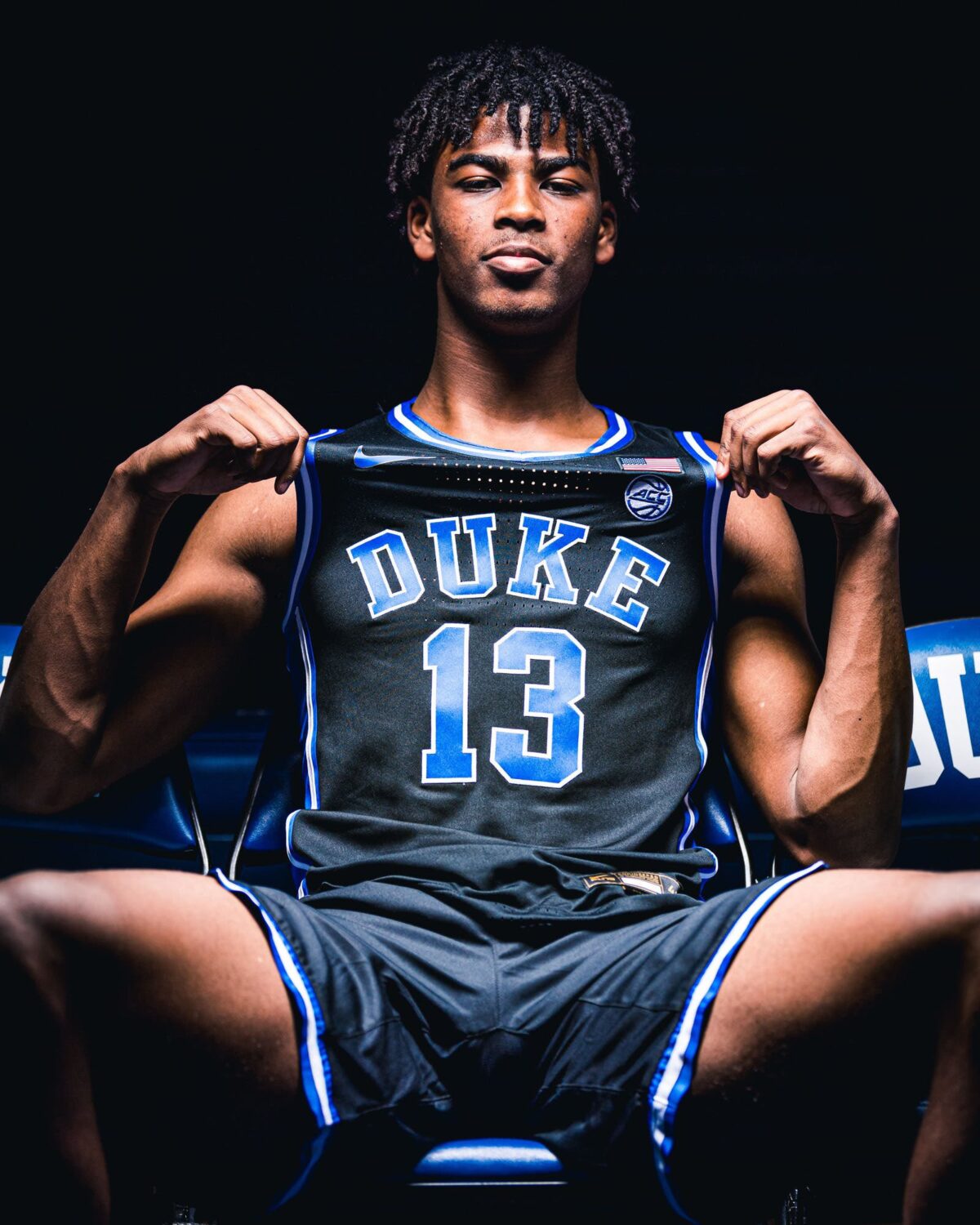 By JACOB POLACHECK Class of 2023 four-star forward Sean Stewart has committed to Duke, he tells ZAGSBLOG. “Duke has just always been a dream school for me,” he said. “There is a lot of opportunity to play right away. I’m ready to get some championships!” The 6-foot-8, 210-pound power forward out of Windermere (FL), chose the Blue Devils over his other finalists including Harvard, Howard, Kansas, Georgetown, Ohio State, Michigan and Stanford. Stewart took official visits to Harvard, Michigan, Georgetown and Ohio State before taking his final visit to Duke from Nov. 5-7. Ranked by 247Sports.com as the No. 4 power forward and No. 25 overall prospect in the class of 2023, Stewart is coming off a 31-point performance Wednesday night, leading Windemere to a 60-41 semifinal victory over Miami (FL) Doral Academy. “They love my versatility,” Stewart said of the Blue Devils. “They can see my playing many positions with other position players. I know I can thrive in that system.” With Duke already set to bring in the nation’s No. 1-ranked recruiting class in 2022, Stewart joins five-star guard Caleb Foster in the Blue Devils’ 2023 recruiting class. Duke also has a six-man class for 2022 ranked No. 1 by 247. Both classes were recruited by coach-in-waiting Jon Scheyer. “I’ve seen him play a few times. He’s really good,” Stewart said of Foster. “I know we’re going to play really good together because he can score the ball, but he is also a willing and great passer.” With the No. 1-ranked recruiting class in 2023, Stewart says he’s also hoping to recruit 2023 five-star prospects Mackenzie Mgbako and Jared McCain. Follow Jacob Polacheck on Twitter Follow Adam Zagoria on Twitter Follow ZAGSBLOGHoops on Instagram And Like ZAGS on Facebook